Religious Sisters Disguised as Prostitutes to Save Trafficking Victims 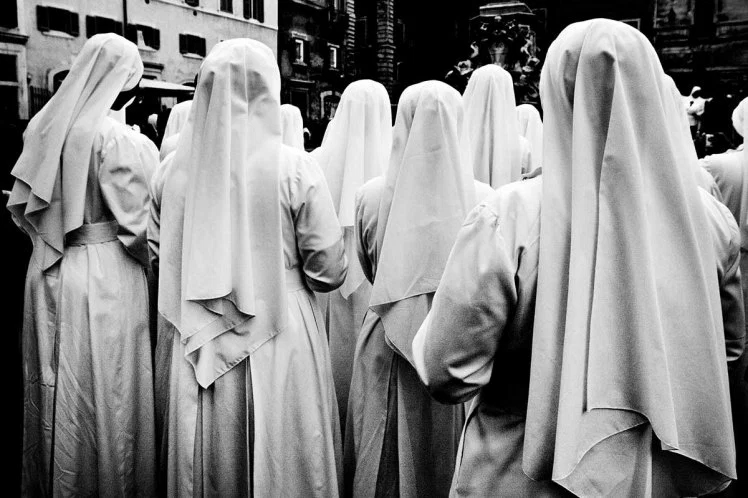 A group religious sisters who disguise themselves as prostitutes to infiltrate brothels and buy children being trafficked is expanding to 140 countries.

John Studzinski, a philanthropist who chairs Talitha Kum, stated that 1,100 sisters operate in 80 countries. Due to the need of efforts in fighting human trafficking, the demand for this type of group is on the rise.

Talitha Kum estimates that one percent of the world’s population is trafficked in some form, which is roughly 73 million people. Half of these victims are 16 years or younger and 70 percent are women. Throughout his life, Studzinski has dealt with many serious cases of sex slavery. He noted one instance in which a woman was locked up without food for a week if she didn’t have sex with a select group of 12 men a day. In another extreme case, a woman was forced to have sex with 10 men at the same time. He said that the religious sisters will go to all lengths to rescue women in traumatic situations as the ones described by dressing up as prostitutes and blending themselves into brothels. In addition, they raise money to save children being sold into slavery by their parents. The sisters even target slavery in the supply chain, shedding light on their operations by working alongside locals for as little as 2 U.S. cents an hour.
Studzinski said Talitha Kum, meaning arise child in Arabic, has been and is continuing to be hired by companies to see what is going on with respect to the supply chain. Because no two countries are the alike, trafficking and slavery trends in different regions are not the same. Expanding efforts to combat slavery, such as Talitha Kum, will address this issue.
—
Luis Gay is a sophomore attending the University of San Francisco, pursuing a Biology degree and Biochemistry Minor. He is a Social Media Assistant at Cancer InCytes Magazine.
—
References:
Wulfhorst, Ellen. 20Nov2015. “Religious Sisters Pose As Prostitutes To Rescue Trafficking Victims From Brothels”. Huffington Post. [Accessed 20 Nov 2015]
http://www.huffingtonpost.com/entry/religious-sisters-dress-up-as-prostitutes-to-rescue-trafficking-victims-from-brothels_564c9f74e4b045bf3df1e27b
Photo Credit:
This photo can be found on in an article by Tanveer Mann on metro.co.uk.
http://metro.co.uk/2015/11/19/nuns-pose-as-prostitutes-to-rescue-sex-slaves-from-brothels-5513421/

Religious Sisters Disguised as Prostitutes to Save Trafficking Victims was originally published @ cancerincytes and has been syndicated with permission.