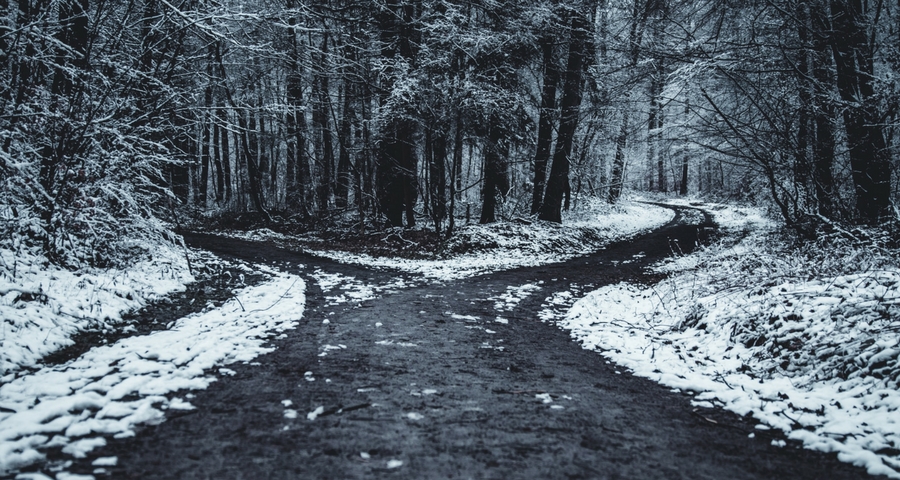 It is beginning to feel like our country is being overtaken by a pervasive, dense, ominous fog which is clouding our ability to see clearly and cause us to lose direction.

It is like a subtle delusion, a siren wooing us into a state of self-destructive narcissism and causing us to abandon our foundations of civility, morality, compassion for others, empathy and a sense of common good. Forces of darkness are busy at work undermining and eroding away our stability, planting seeds of anarchy, fracturing and dividing us as a people. Our society is at a Crossroads, a critical juncture of resisting evil or yielding to it!

I am a fighter – not one who acquiesces to mediocrity, social pressure or behavioral norms which contradict my well-embedded belief system. As we stand at these Crossroads, there is much at stake – join me in leading others down the right path; out of the fog and into a healthy place.

So where do we begin — CIVILITY! Early in my career as a Probation Officer, I learned an important lesson about civility. Having spent many hours in court, I was always impressed at how attorneys would vociferously contend with one another in defending clients and arguing cases; each passionately embracing different persuasions. Sometimes matters got very contentious, almost to the point of anger. Then, we would all go to lunch and one would never have thought these two individuals had been sparring with each other for several hours. They were professionals, demonstrating Civility; not allowing strong differences of opinion destroy relationships. Many of these individuals were best friends outside of the context of their work.

Unfortunately, we have become an “it’s my way or no way” culture. We have allowed selfish ambition, narcissism and self-righteousness overtake Civility, Courtesy and Respect. This is a force of destruction and division which must be thwarted. Our ideological, uncompromising selfishness and loss of Civility have rendered our political processes from Congress to City Hall ineffective, impotent and nonproductive. It is incumbent upon each of us to demand respect for differing points of view, and encourage compromise and Civil conduct; but more important, we must demonstrate it in our own lives!

Next in our restoration project is — HONESTY! Never in my life could I have imagined that the value of Honesty, Truth and Integrity would be challenged. Yet, here we are saturated with overt dishonesty, disinformation campaigns and a relativism view of “truth.” Expediency is replacing Integrity! It is no longer about what is really true and honest, or the right thing to do, it’s now about what serves one’s specific purpose, goals and selfish ambitions. Our political system has become completely corrupt – void of Honesty and Integrity!

Honesty “is the refusal to fake reality—i.e., to pretend that facts are other than they are.” It can be described as the flip side of rationality: Whereas rationality is the commitment to think, judge and act with respect to the relevant facts, honesty is the commitment not to do otherwise. Alarm bells should be ringing loudly right now — fake reality, fake news, outright lying and trumpery have stolen the day and deadened our senses. We have grown too accustomed to dishonesty, that it is becoming a social norm. You know the cliché, “tell a lie enough times and people will begin to believe it is the truth.” There will be nothing more destructive to our country than unchecked dishonesty and expediency. We must promote Honesty and Integrity and hold violators accountable. Otherwise, moral decay will set in and there will be nothing left to salvage.

I know that I am being overly simplistic in addressing such a complex issue, but I believe simplicity brings clarity. The final characteristic in my exhortation is that of — UNITY! I’ve always enjoyed the analogy drawn from a Biblical context, to the effect, a multi-stranded rope has much more strength than a single cord. Unity does not mean “sameness”, it is the embodiment of diversity towards a single, common good. Our country was formed by the Unity of diverse individuals striving for freedom from tyranny. The strength of every community is dependent upon the extent of Unity in embracing values, activities, beliefs and actions that serve everyone, not just a favored few!

It is heartening that we from time to time experience “Unity by necessity,” or what I like to refer to as crisis-unity. Tragic events such as 9/11, hurricanes, floods, wildfires often result in people coming together to help one another through the crisis. But these examples are reactive and temporal. What we need to strive for is proactive Unity, a static place of common appreciation and commitment, not a condition one floats in and out of like driftwood in the waves.

Another illustration of Unity is music. We have all heard a beautiful choir or orchestra where diverse groups of individuals, each performing their specific part contribute to a beautiful, enjoyable creation – real synergy, where the sum of the parts is far greater than each individual. Sure, we all enjoy hearing an individual musician or singer, but put groups of them together and you get a whole new, wonderful experience. What makes this work is the ability and willingness of each individual member to use their specific gifts, skills and talents for a common purpose, a common good, a common achievement. This example demonstrates how a healthy, civil society works!

Let me be a little more blunt, the notion of “rugged individualism” is a ruse, a destructive force which may serve self-ambition, but does not serve society or community as a whole! Right now, we have become a culture of single strands, each pulling in a different direction, each serving their own interest and not working together – losing the strength inherent in a multi–stranded cord; losing the strength of Unity.

We are standing at the Crossroads, a critical juncture in the history of our country. Do we choose Civility, Honesty and Unity, or selfishness, greed, disharmony and destruction. I know my choice — what is yours?

By Jim Roberts, CEO and Founder

Voice of our CEO

Crossroads was originally published @ Blog and has been syndicated with permission.