In various regions of Uganda, a man asks to marry a woman by paying her family a dowry (money or livestock). If a woman chooses to leave her husband, he could ask for a reimbursement, otherwise known as a “bride price.”

However, a recent ruling by Uganda’s Supreme Court will not allow bride prices to be refunded anymore as rights groups believe it is a step in the right direction in battling domestic abuse.

People who supported the decision believe that the bride price is one of the main contributors to domestic abuse in Uganda. According to MIFUMI, an international non-government women’s rights organization based in Uganda, 68 percent of women have suffered some form of spousal abuse, with women from poor families often being the victims. Before the court ruling, when women threatened to leave their husband, they were reminded of the bride price. If a woman leaves her husband, they can be castigated for the hardship that they placed on their family. Some even end their own life due to the social stigma of leaving a husband.

Aside from physical abuse, a report released by Makerere Medical School stated that the bride price also greatly reduced a woman’s household decision-maki 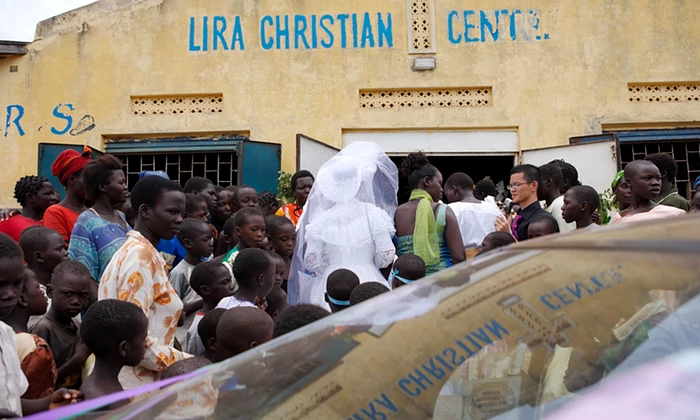 ng role as they are perceived as being brought into a man’s household. Paying a dowry does not only occur in Uganda or sub-Saharan Africa. Furthermore, women in Uganda are typically not involved the transaction. The men of the two families meet to work out a price. Critics believe a woman’s independence is greatly diminished and further perpetuates unequal gender power.

Betty Atyang knows the horrors of domestic abuse when she left her abusive husband at the age of 35. She was surprised that he followed her for two weeks demanding the five cows he paid 15 years ago. Her father had no choice but paid her former husband back. However, there was heavy tension in the household afterwards as Betty was deemed as someone who brought poverty to their home.
While ending reimbursement of the bride price is a decision that rights groups praise, not everybody is on the same boat. Some say that the traditional family unit will crumble and men will be less likely to pay the bride price if they aren’t guaranteed their dowry back. But groups such as MIFUMI are determined to eliminate the whole bride price system in general. Evelyn Schiller, MIFUMI’s director of communication and information, explained that while it is still legal for a family to buy a future wife, this momentous decision is the seed? needed to strengthen female rights in Uganda.
—
By: Luis Gay
Edited by: Juliana zhu, Esq.
—
Luis Gay is a sophomore attending the University of San Francisco, pursuing a Biology degree and Biochemistry Minor. He is a Social Media Assistant at Cancer InCytes Magazine.
—
References:
Salhan, Justin. 18Aug2015. “Uganda Bans ‘Bride Price’ Reimbursement In Fight Against Domestic Abuse”. Think Progress. [Accessed 26 Aug 2015]
http://thinkprogress.org/world/2015/08/18/3692552/uganda-bans-bride-price-in-fight-against-domestic-abuse/
Photo Credit: This picture can be found in an article by Alon Mwesigwa in The Guardian.
http://www.theguardian.com/global-development/2015/aug/17/uganda-court-rules-against-refund-bride-price-divorce
—
Get tens of dozens of discount coupons at Cancer InCytes Magazine’s COUPONSpage.

Uganda Bans Bride Price Reimbursement to Battle Domestic Abuse was originally published @ cancerincytes and has been syndicated with permission.