Spirit-Sickness and Values through an Atheist’s Lens

As an atheist who believes in spirit-sickness, and the importance of strong values, I find myself having interesting conversations about how that can be. What does it mean to believe in the spirit if you don’t believe in God? How can disbelievers suffer spirit-sickness? Where do values come from in the absence of a religious framework? I raise these questions in this post, without presuming to have ‘answers’, but with an invitation to contribute your comments.

An atheist talking about the spirit?

“I believe in spirit-sickness,” I said to my friend, a staunch Christian, “so I guess that must mean I believe 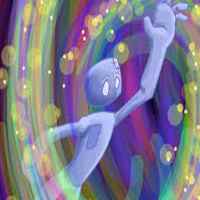 in the spirit.” She was telling me about a young person, hospitalised for anorexia, who talks about it in spiritual terms.

“How can you say that,” she asked, “when you don’t believe in God?”

I realised I didn’t really know. “I know there’s more to me, to us…” I stopped. “There’s more than body and brain. There’s a non-physical part that exists, I believe, beyond religion, even though it’s not easy to find non-religious language for it. Perhaps ‘inner self’ is as close as it gets.”

What do you mean by spirit-sickness?

My friend peered at me, mascara wand in hand, as we shared the mirror in the change rooms after a swim. As we do.

“So, what would you say causes spirit-sickness? Or, inner-self sickness?” she asked.

“Any number of things, I expect, but I’ve been most aware of it when my values have been inverted, when my right has been turned into wrong by those with the power to define right and wrong in their terms.” 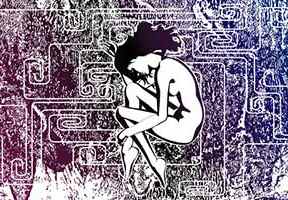 This kind of inversion happened to me in a seriously damaging way when I was employed as a psychologist in a community service. My core values were about working collaboratively with clients, subverting the role of the professional ‘expert’, and validating the knowledge of lived experience. My work was constructed by management as unprofessional, unethical, creating codependence, failing to establish clear boundaries and, in a crucial instance, breaching organisational confidentiality.

The inversion of my values was, in effect, an attack on my essence, on what I stand for personally, professionally, and politically. My ‘good’ was turned into ‘bad’, and I unpack the effects of this experience in my factional novel “Swimming with Sharks”.

For me, then, spirit-sickness arises when my deeply-held values are invalidated in a way that involves personal attack. I know this experience, from experience, but also find it hard to articulate. I’m keen to hear other people’s experiences.

What about moral values for an atheist?

Interestingly, not long after the conversation with my friend about spirit-sickness, my family had a discussion about moral values, and where they come from in the absence of a received framework.

My son told us about a conversation he had with a colleague from America. Tim and his wife, Anna, are expecting their first child. Anna was brought up in a religion she no longer practices. Tim belonged to fraternities as a student, and said they had provided a value framework of community involvement and helping others out.

The couple are in Australia without family and are interested in thinking about values as part of parenting. But, what are they, and where do they come from, without religion or fraternities or some other pre-existing source?

My immediate response was that teaching empathy surely had to be core.

“Not really,” I argued. “You can start with simple questions. For example: ‘Would you like that to happen to you?’ Or, ‘How would you feel if that happened to you?’ Or, ‘If something bad happened to you, what would you want your friends to do?’ As children get older, the conversations can become deeper, but opportunities arise from a pretty young age.”

“I don’t think you can impose a value system anyway,” I added, “although people will try. Children make sense of parents and other potential role models in ways that fit their own awareness, not necessarily in ways intended by adults. They might take on the framework you would like to pass on, or they might not want a bar of it.”

As Nikki Gemmell puts it in After, “we cannot rigidly shape our children’s lives no matter how much we would like to. We have to step back and watch them bloom into who they are meant to be…” (p.130). 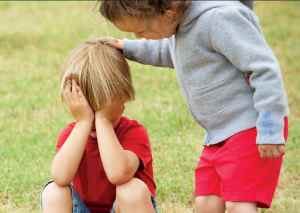 How do values get shaped?

My daughter recalled a powerful experience from her childhood, possibly going back about twenty years.

She was on school camp, and one of her friends plotted a mean trick on a helper (someone older than the children but not as old as a parent or teacher). This helper, my daughter said, was socially awkward. The plot was to pull her things from the clothes line and let them fall in the mud.

Cecy didn’t actively participate in this ‘game’, but nor did she try to stop it. She was uncomfortable with the laughter, but didn’t speak out against the prank. She was, in effect, guilty by omission, for not doing anything, and she knew it.

She still remembers the bad feeling, and I felt a shudder as well.

She did, however, make an effort to spend time with the helper during the rest of the camp. She remembers that experience as the starting point of hanging out with people she noticed being ostracised at school, and later in her adult life.

My son also recalled a memorable experience of his own. He was away with friends, and a group of kids had been playing on the beach when the majority decided to move on. Connor’s particular friend wasn’t ready to go, and he was torn between wanting to stick with the crowd, some of whom were older and cooler, and sticking with his friend.

He remembers that experience as a lesson in loyalty, I think, although I would also see empathy as a driver. 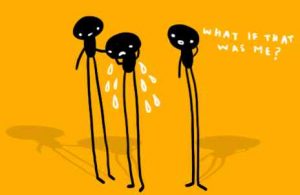 My daughter, picking up on the American woman’s religious background, commented that she didn’t think religion provided much of a basis for good values. I agreed in relation to institutionalised religion, although I also noted that Christian values (“Do unto others as you would have them do unto you”, for example) can have a lot going for them. You don’t need religion to learn them but, without it, you perhaps need to be more agentic in developing them.

Cecy didn’t see fraternities as a source of good values. either Nor did I. But Connor said his American friend had explained that members of a fraternity are expected to do good works in their community. If they don’t, they become a brother in poor standing, and don’t get any beer. And thus they tend to do what’s expected!

A personal journey from authoritarian religion to analysis of power relations

These conversations reminded me of my own journey to shape a value system. I was brought up in an authoritarian form of punitive and oppressive Catholicism during an era rampant with abuses. I discarded the formalities, and the belief system, in my early twenties.

I remember the sense of being suspended in a value-vacuum. I had no respect for the ‘rules’ of my religion, and it hadn’t taught me any meaningful values. Without that framework, though, I had no articulated structure of right and wrong. I felt I was on my own.

I threw out the baby with the bathwater in a sense. I could have salvaged some of the Christian values, such as “do unto others…”, and built on them. Unfortunately, for me, they weren’t part of the legacy of my childhood. I didn’t believe in God, didn’t relate to the Bible, and basically thought Jesus was probably a decent bloke but, really, religious beliefs were too tainted to retain any sort of appeal as a bedrock of values.

Instead, I stumbled along, guided by a sense of fairness and unfairness – of the primitive (and imperfect) sort often displayed by children – until I discovered feminist theory.

Feminist thinking was my route in to recognising the importance of power relations in all their intersecting forms. My initial study of gender subsequently drew in other dimensions of relative power and privilege, including race, class, sexuality, ability and so on. 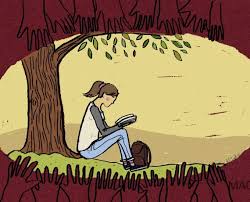 My values are now based on analysis of power. Who has it, who abuses it, who is abused, marginalised and disadvantaged by it? If I can analyse power on a situation by situation basis it can guide how I position myself. Always with the lesser powerful in challenging the more powerful. That then provides the cornerstone of my thinking about social justice. It’s essentially an exercise in redistributing power.

So, yes, I would say, I have strong values, at least as strong as those a religion could have provided. Perhaps even stronger because I’ve been active in constructing and owning them. My values are very much part of my inner-self, and my inner-self (aka spirit) can be wounded. I can, in effect, become spirit-sick, and I can also act in ways that a religious person might recognise.

The journey to shape a value system is perhaps more fragmented and precarious when it’s done outside a received framework, and available language can be inadequate, but I believe it is possible, and we can do it, and we can even guide our children to do it in their own ways.

What do you think and what comments would you make about values and where they come from?

Spirit-Sickness and Values through an Atheist’s Lens was originally published @ 2020 Social Justice and has been syndicated with permission.