Getting angry (or not) about abuse, injustice, illness 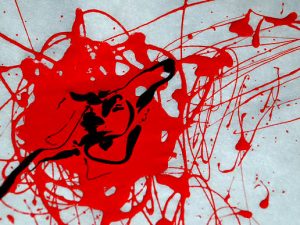 Angry reaction to abuse and injustice

Three days after Cardinal George Pell was charged with historical child abuse offences, I was sent an article by BB (a pseudonym) who is “a survivor of sexual abuse in an Australian religious orphanage in the 1950s”.

BB does not write about Pell, which is probably just as well, given the caution against contempt. This caution, importantly, is not just about Pell’s right to a fair trial but also to avoid compromising the case for victims. Interestingly, however, those speaking out in support of Pell are still being reported in the media (click here, and here), and I wonder how that’s fair.

BB names no one, being “of a cohort who cannot identify our abusers for the simple reason that we were so very young at the time of our abuse in the 1950s”.

Their anger has been pushed down and bottled up for decades:

“I have never, until now,” BB writes, “been able to express my anger at what my abusers did to me and to so many others…I could scream to the heavens about it all…Our abusers were never brought to 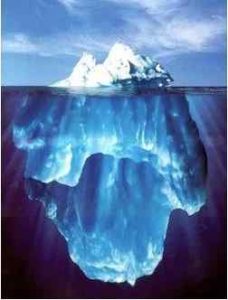 justice…They killed our spirits…Our anger at what they did to us, and our hatred of them, is visceral.”

I can relate to that visceral response, and also when BB says:

“Expressing my anger verbally is very difficult. My spoken words jumble all which ways, my face grimaces uncontrollably, and the strength of my emotions shakes me.”

I know the surge of confused emotion when the attempt to speak out against abuse and injustice meets with incomprehension, denial, disdain or dismissal as ‘too emotional’.

The abuse of power involved in the abuse of children makes me want to bay at the moon. Why? Because it’s so rarely brought to full account. The church evaded public accountability for a very long time and has a history of acting more decisively against priests “who adapted the mass or advocated an end to clerical celibacy or favoured women priests” than against those who abused children.

Pope Francis may currently be challenging this conservatism, although a strong stand much earlier in his reign would have been more convincing. Delusions about celibacy have been used to excuse violation of children, and the collusion of the hierarchy has been heinous. It has, for example, been argued that only sexual penetration of women breaks the vow of celibacy.

We live in a hierarchically structured society which, by definition, means unequal distribution of power. Institutions like the church have huge influence and power compared to those abused in their care.

The power difference between clerical abusers and their victims has many implications, including differential access to the best legal representation money can buy. Cardinal Pell, for example, has hired top criminal barrister Robert Richter, QC, to represent him in court, and his legal costs are being delegated to a crowdfunding campaign.

Abuse of children occurs in a context of power which pursues them into the courtroom. If they get that far. Within the courtroom they can expect relentless interrogation and character dissection. Their attempts to survive will likely be problematised, their memories disputed, and their lifestyles vilified. In other words they will, potentially, be retraumatised. The psychic costs, quite apart from financial ones, can be huge.

My anger, I should note, is now general rather than personal. I do have my own noxious childhood history. But, on a personal level, I’ve had the opportunity to reconstruct. These days I would describe myself as privileged – white, adult, educated, and materially comfortable.

The wounds have healed, although the scars still shape who I am. My writing, once personal, is now more political. 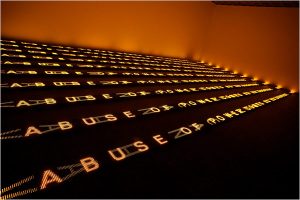 I write about many faces of injustice – on my website, Facebook page, and Twitter – with the aim of inviting people to think about all forms of abuse and injustice within a context of power. Abuse involves abuse of power, and I don’t think we can talk about it effectively without grappling with the power relations that permeate our hierarchical society – in institutions, organisations, workplaces, and families.

(Relatively) mild reaction to my own illness

Over the last several months I’ve been diagnosed with serious lung and heart diseases. Not immediately life-threatening, but definitely debilitating. The lung disease is progressive and there’s no treatment for it. The heart disease is medically manageable, up to a point, with boxloads of medications. I am slowly coming to terms with their invasion of the breakfast table.

I’ve been surprised, since learning of my illnesses, at the number of people who ask if I’m angry.

“Remarkably pragmatic approach,” said one friend, with a look of surprise (and perhaps a hint of doubt) in her expression.

That did come as a surprise. I’m not usually called pragmatic. More frequently I’m told I’m idealistic (often with ‘too’ implied as a preface, ‘and naïve’ unspoken at the end).

I do get a bit annoyed when people say they hope I’ll soon recover, or make recommendations about the things I could be doing to feel better, or say that at least it’s not cancer.

Toni Bernhard has written a series of articles about the remarks people make to those with chronic illnesses (click here, here, and here). I can recognise many of them, and respect the strong feelings they can evoke. But, mild annoyance is as far as it goes for me.

Mild annoyance is light years away from my reaction to abuses of power.

How is it that I don’t react against my illness as vehemently as I do against abuse and injustice? Maybe I’m in denial, but I don’t think so. I’m not afraid of death, although I don’t want the process to be long, painful, and undignified.

Death happens to everyone. It’s not selective and hence, in that sense, not unjust.

One of the things about being ill is that you find yourself having lots of conversations about illness. I hear the anger people can feel. They’re not ready to deal with the effects. They didn’t expect it to happen yet. There’s too much they still want to do; it’s not fair, an unwelcome reminder of mortality. It is, in other words, unjust.

If I felt that injustice, I would no doubt be angry too. But, I’ve always expected (without good reason) to die relatively young. Younger than I am now. So, perhaps, in those terms, I’m enjoying some bonus years.

I remember the surge of relief I felt when I learnt that the lung disease I have (pleuroparenchymal fibroelastosis, PPFE) is not one linked to tobacco. I smoked until eight years ago, having started in my early teens. Almost fifty years of quite heavy smoking.

In the process of finding out what’s wrong with me, one radiologist referred to “opacity overlying the left hilum suggestive of malignancy”, and that really freaked me out. I imagined having to tell my family I had lung cancer. The waves of guilt (but not anger) were breathtaking. The sense of just deserts was like lead in my gut.

But the diagnosis was subsequently refined.

“You’re a lucky smoker,” the lung specialist declared. “It’s not lung cancer, and there’s no sign of emphysema.”

“Lucky” was going a bit far, but at least I didn’t have to own up to a self-inflicted death sentence.

I think the damage to the spirit that occurs with abuse (as referred to also by BB) is at the heart of it for me. My physical illness is not a function of malevolence on anybody’s part. Abuse is. It is done by some to others in a way that illness is not. And perpetrators too often get away with it, standing on their indignation and drawing on their relative power. This is injustice, and should never happen. It makes me angry. 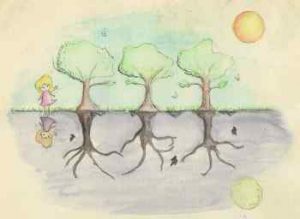 What to do with the rest of my life?

My illness doesn’t arouse the same sense of injustice, so I can be caught unawares (although shouldn’t be) by reactions and questions that are, after all, pretty much to be expected.

In addition to questions about reactions to illness, I’ve also been asked what I want to do with the rest of my life. I get the feeling I’m expected to be able to reel off reams of exotic plans. But I don’t have any, not in the sense of a personal wish list.

I would like a magic wand – to redistribute wealth, equalise power, address climate change, stop war, violence, abuse and hate, end discrimination, marginalisation, and disadvantage, and provide a compulsory re-education for those who cling to hierarchical privilege.

With a good enough magic wand, I would fix myself too, and others as well. But, I write this as an afterthought and without distress that it’s not going to happen.

Meanwhile, I’m curious to know what other people get angry about, and whether I seem weird by comparison. Please let me know by leaving a comment.

Getting angry (or not) about abuse, injustice, illness was originally published @ 2020 Social Justice and has been syndicated with permission.