Degradation, Accreditation, and the Community of the Deplorables. 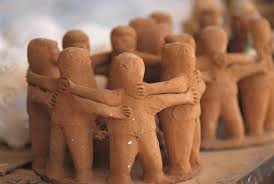 the case of a 13 year old boy whose school system was isolating him as a sexual predator. A smart kid with an elaborate but flaky explanation for his actions, he seemed unmoved by scorn or guilt.

A small bit of context. He is growing up on the undesirable outskirts of a mid-sized New England town in a family that for a number of generations has been considered a clan of deplorables. Well known and ridiculed, their family name is an insult hurled among grade school children. Getting called that starts fights. I knew a few kids from families like that where I grew up in the South. Those kids never stood a chance. Born to lose; treated as losers.  As far as I know, none of them did well. Most are now dead.

So we starting talking about the understandable and likely consequences of being born into a degraded family.  As a Southerner, I am familiar with the lore of Kallikaks and Jukes, not as a sociological tale regarding eugenics, but as an image of marginal white families with yards filled with soiled diapers, chained mangy dogs, broken car parts, and rusted wash machines. People treated as trash, uncouth, considered incapable of civility or redemption. Thought of as inbred, violent, and sexually wanton; a danger to society managed through ridicule and arrest.

Such families are rarely happy and seldom have the economic or psychological resources to provide good enough care. Nor are they cared for. Depression and mental illness follow these families who never become members-in-good-standing with their local community even though they share the common ethnicity and religion. They could be one of us but aren’t. This is different from the degradation that attends racism, sexism, anti-Semitism, and Islamophobia. The difference is profound.

Here’s some of the difference. This morning a member of the study group pointed out that “everyone needs a code to live by.” People need a code, a set of significant values that potentially establishes a through-line that provides the evidence they are persons of integrity. An integrity both honored and witnessed.

Communities have their honored and required social practices, the policies and choice principles people must follow if they are to be recognized as authentically one of us.  So what can groups of people who have learned to expect disrespect do?  They can turn the table. And here’s an important social consideration. Groups of people large enough to function as a community have an option unlikely to be successful in an isolated family. With sufficient shared identification, people in marginalized communities have the potential to celebrate their own values especially if they make their implicit code explicit and act politically. Expect conflict. Expect values and practices at odds with those with the previously established power to inform and remind the broader culture what is acceptable and treasured.

The marginalized and disrespected have good reason to resist degradation. Why wouldn’t they? They know they can’t expect the established elites and their media to help them feel good about themselves. The code most useful to disparaged folk intentionally undermines the establishment. One way people counter degradation is to discredit those with the power to discredit them by invalidating the judge and affirming the values previously degraded.  What had been deplored becomes a source of pride and membership, of righteous indignation and opposition. Collectively engaged, antagonism becomes an act of integrity and a source of satisfaction. Collectively saying fuck you is defining and establishes the boundaries of community. But this only works when there are sufficient numbers to effectively affirm actions that reflect the values of difference and opposition.  In-your-face anger, rage, protest, and indignation becomes an antidote to counter depression and demoralization. But it takes a community acting together.

A community can resist degradation more effectively than an isolated family. A community has political power. Degradation and accreditation require valued judges and witnesses with the standing to make such appraisals.  Parents recognized as part of a broader community can feel the affirmation of each other, their children, and their neighbors. An isolated family has only each other to assign the values of success and failure. When pathology and degradation are already part of the picture, life is not likely to unfold well. Self-regulation is too restricted.  Still, people will do what they can to maintain or improve their position, to feel good from their perspective, whether or not that perspective is shared and validated by others. Individuals are idiosyncratic, communities set standards. An individual’s self-valued idiosyncrasy may appear crazy and pathological but when done as a community practice is simply the way we are.

Depression and demoralization go hand in hand with isolation.  Isolation makes it hard to establish a code to live by enacted successfully and witnessed by others who share those values. Whether we like it or not, it matters what other people think, how we feel we look in their eyes.   Some of what we require to feel good rests on significant others seeing it so.  I am thinking of depression and demoralization as the consequence of a degraded personal world, of a severely restricted expectation and achievement of the satisfactions of successful engagement in the world of a valued community. Still, even in isolation there is an alternative in a sort of lawless indifference, a guiltless disregard for other people’s established values.  This is a generalized fuck you; a version of if I ain’t got nothing, I’ve got nothing to lose.  I wonder if this speaks to the adolescent boy we discussed today, his predation his way to feel some effect and power whether or not his behavior is considered OK by his family.  We don’t know whether he even treats his parents as valued judges given what he knows about how his family is seen.

It takes an affirming village to become a citizen even if that citizen’s community is at odds with others. Families in isolation are insufficient unless invited in and can play by the rules.

Tula, Roberto Luti and the Playing For Change Band

A link that further elaborates: On the Degradation Ceremonies of Everyday Life.

Anthony Putman’s Parametric Analysis of Community provides useful reminders of what constitutes the moving parts of a system capable of successfully assigning and maintaining values and codes of membership and conduct.

Degradation, Accreditation, and the Community of the Deplorables. was originally published @ Lessons in Psychology: Freedom, Liberation, and Reaction and has been syndicated with permission.