Freud, Freedom, and the Human Animal 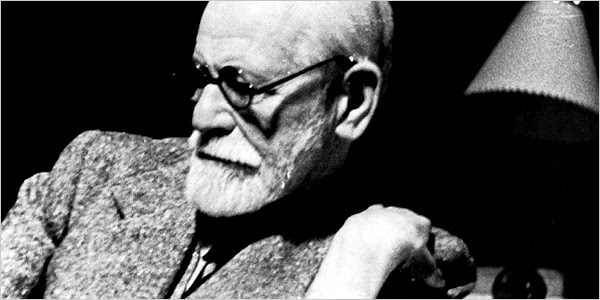 Why do I teach psychoanalysis?  I’ll start with Freud.

Freud had two intellectual obligations that remain mine. The first is to a vision of our animal nature and the second concerns the opportunities and boundaries of our freedom as persons.

Freud’s first commitment was to our animal nature. We are mammals: primates subject to the pains and pleasures, the needs and conflicts that come from a primate nature that informs our capacities and dispositions. As animals go, we live a very long life. We have a long gestation, an extended infancy followed by a period of childhood vulnerability and a maturation that takes decades. Finally, we have decline and death. This provides considerable time for a life to go well or poorly.

Freud was especially fascinated by the relationships of infancy and childhood to adult personality. He said that the child is the father to the man, and as Adam Phillips points out, showed that “Childhood…informed everything but predicted nothing.” I think this empirical claim is correct and goes a long way toward clarifying why the history of psychotherapy and the history of “good enough parenting” go hand in hand. Psychoanalytically informed culture has models of parenting and methods of therapy that speak to each other in similar terms.

Saying that childhood predicts nothing is not to say that childhood does not make adulthood understandable. I think it does. Untying this knot will show a significant connection between our nature and our freedom. Keep in mind, understanding and predicting are not the same. You can make sense to me even if I can’t predict your actions. (What I can do is recognize whether your behavior seems in-character or not.)

I want to say a bit more about nature, constraints, and freedom: Our forty-week gestation and slow development create the necessity for a stable social unit to protect the infant and young and shelter their immediate caretakers. Family, community, and culture follow as a necessity. It takes a village. This will ensure our possible survival and provide the context for acquiring our various values, knowledge, and competencies, but also our conflicts, inhibitions, and vulnerabilities. Sex and aggression, hierarchy and power, the competition for love, mates, and resources become inevitable themes of social opportunity and regulation. Desire and regulation will necessarily conflict. The nuanced examination of conflict, personal and social, conscious and unconscious, is always on or near center stage in Freudian thought.

Our abilities and dispositions to express sexuality vary widely, and will be a source of significant pleasure, inhibition, and trauma. Since sexuality has such a pervasive influence on our lives, sexual behavior becomes a central focus of “civilized” regulation and constraint.

As we mature and our competence to tolerate and manage the world changes, so does our potential for trauma. Freud was particularly sensitive to how conservative we are in harboring traumatic damage; how we remain preoccupied with how we’ve been hurt. We are dogged in returning to the scene of the crime. He called this the return of the repressed, driven by a compulsion to repeat, a concept he used to describe the unconscious and self-deception. Freud also invented a therapeutic relationship, psychoanalysis, as a weak but useful antidote to the problems of unfortunate repetition.

Freud and the psychoanalytic community that followed had a second commitment. The first was to our instinctual, animal nature. The second was to our status as persons. When things go well enough, the average expected case, we are not merely Homo sapiens but become human beings and persons. We become deliberate actors, able to knowingly make choices, are linguistically competent, and as a result live a life in a dramaturgical pattern. Our lives hold together in an improvisational drama of developing, changing, and recurring through-lines of significance. Our story can be told, with some tellings being more serviceable than others. Freud believed the self-examined story offered the narrator greater freedom than the under-examined. Psychoanalysis would facilitate such examination. The goal was to free up choices not otherwise seen. Here, his commitment to biology, personal history, intentionality, and self-awareness coincide. His therapeutic goal was to help the defensively driven, unconsciously intentional actor become self-aware and deliberate. He believed that self-awareness better serves our capacity for “love and work”. I think this is true.

Self-understanding is a boundary condition on our personal freedom, on our non-predicable possibility to do something spontaneous and new. Awareness and choice go hand in hand.

Freud synthesized his two commitments. He painfully appreciated that we are far less free to engage in deliberate action and to enjoy the opportunities and pleasures of our bodies than we wish. In this spirit he wrote Civilizations and its Discontents and The Future of an Illusion. We domesticate ourselves and find religion. That brings us the good news and the bad.

The bad news is that because of traumas and deprivation, necessary and unnecessary compromises of desire, and through culture’s indoctrinations, we become a version of a human being whose drama has through-lines shaped by character disorder and neurosis.

The good news is that all of us share these features and are capable, under fortuitous circumstances, of becoming more reasonable, spontaneous, and deliberate actors. Rarely can we do this alone. We need help. Sometimes help comes from enlightened parenting, sometimes from finding and settling into stable and tolerant love and friendship. But, as Freud also hoped, it can be helped along by a prolonged immersion in a relationship that provides a second chance to revisit and explore the inhibitions and compromises that rob life of the joy that might be possible. (Still, ever the pessimist, he thought the usual outcome would be to transform neurotic misery into ordinary unhappiness).

Therapy requires work, an ordeal of sorts, taking whatever the time required to examine and confront the unhappily ingrained patterns, the unserviceable though-lines, and explore and practice other in-character versions of being a better person. It will likely require more time than conditions allow. He called this the “working-through” conducted by engaging in “free-association” as a manner of confronting and reducing the neurotic “repetition-compulsion”. This is psychoanalysis.

Freud’s vision was to create increased “freedom of association” through the method of “free association”. He invented a relationship to facilitate this. Empathy, appropriate silence, and mindfully refraining from judgment and direction would become central to the Analytic Attitude needed to maintain this relationship. Psychoanalytic therapists would cultivate this stance toward their clients’ thoughts and feelings in the service of enhancing their ability to engage in emotionally competent, deliberate and non-deliberate intentional action.

Intentional Action, the general case of goal-directed, meaningful behavior, can go right or wrong. It likely will go wrong when performed with inadequate knowledge of the circumstances, without suitable know-how, or with underdeveloped, conflicted, or unacceptable motives. Sometimes we literally don’t know what we are doing or how to competently achieve it. If we don’t know what we are doing, we can hardly choose to act otherwise. Choice requires a knowledge of serviceable options. With this in mind, Freud developed methods of interpreting and confronting self-deception. The analysand is invited to engage in compassionate but ruthless self-examination. For this to be possible, the analyst has to self-examine, too. This, the analysis of the repetitive patterns of transference and resistance, is the heart and soul of the psychoanalytic process.

Freud attempted to understand the human animal with the aim of liberating it, us, from the unnecessary damage and neurosis brought on by the trial of becoming a person. This remains the difficult, complicated, and constantly revised work that I intend to share with you this semester.

On the question of what constitutes therapy: Mindful Uncertainty: What is Psychotherapy?

and on the concept of transference, sort of: “Everything reminds me of my therapist”

and on being a primate, the Kinks, Apeman.

And on therapeutic policies and what Roy Schafer calls “The Analytic Attitude”: 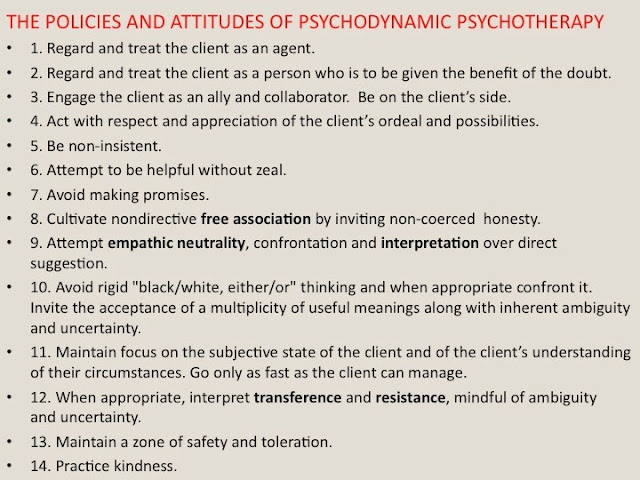 Freud, Freedom, and the Human Animal was originally published @ Lessons in Psychology: Freedom, Liberation, and Reaction and has been syndicated with permission.