Cancer Drugs’ Effectiveness Do Not Match Their Cost

In the past, whenever a cancer drug was created and released, people became excited. However, no one blinks an eye anymore because new treatments cost hundreds of thousands of dollars, far out of reach for many cancer patients.

Along with costs, many new treatments are therapies/drugs that target cancers with specific mutations. As a result, only few people benefit. Pharmaceutical companies are given some slack when pricing these types of drugs as limited amount of people makes it difficult to recoup investments. Because of precision targeting, people are hopeful that new treatments will be more effective against cancer and makes up for how expensive they are, but this is not the case. 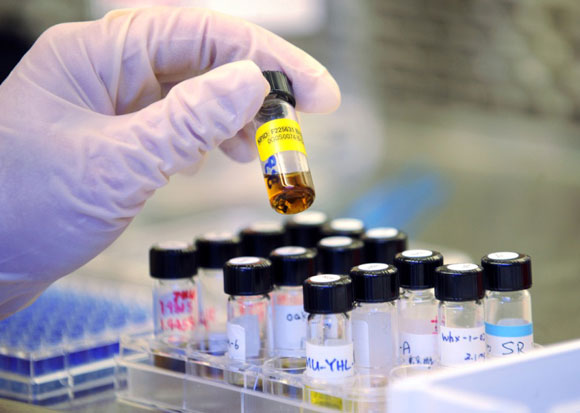 In a study conducted by David H. Howard entitled Pricing in the Market for Anticancer Drugs, Howard and his colleagues explained that new cancer treatments (on average) are less cost-effective than older ones. In other words, the price of cancer drugs is escalating faster than their effectiveness. This is determined by the ratio of how much a drug raises healthcare cost and how much it improves someone’s overall health. This is particularly important for treatments in advanced cancers. For instance, let us say that a $200,000 treatment increases life expectancy by an average of a year. This ratio is on the border of what health policy experts believe is worth spending for a year of life. If the quality of life deviated any lower, the treatment would be less cost-effective. 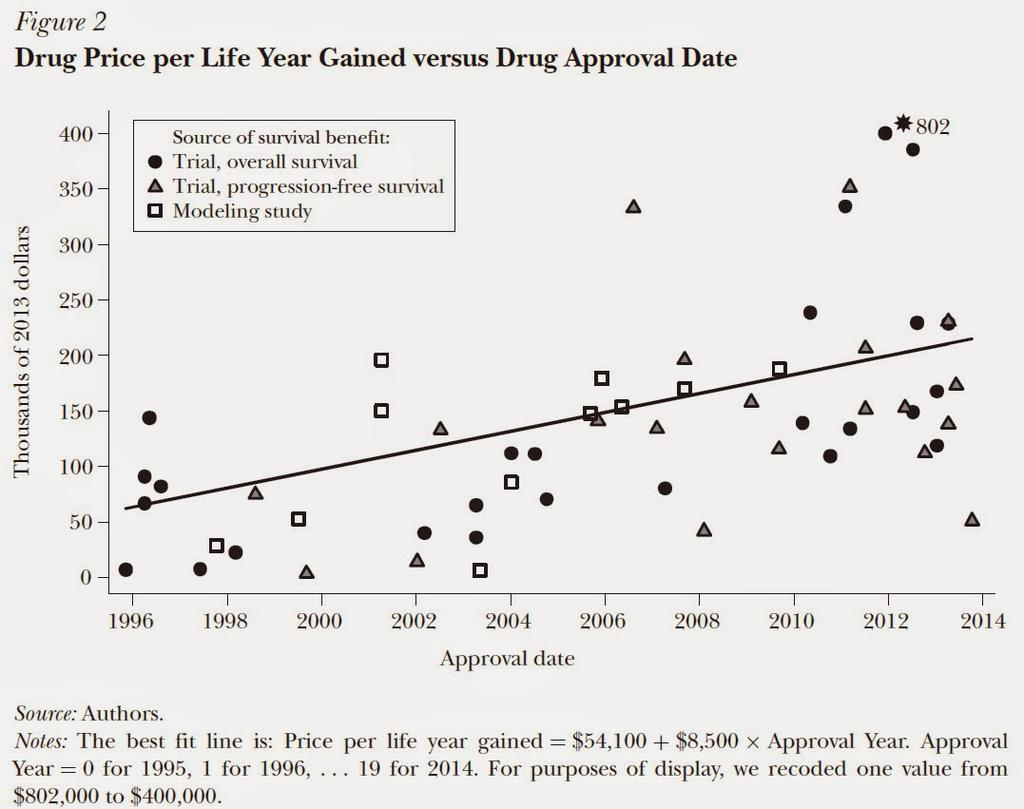 In the study, Howard and colleagues plotted cost-effectiveness over time. They discovered that the price of an extra year of life has increased even after adjusting for inflation. In the mid-nineties, an extra year cost below $100,000. In comparison, newer treatments cost as much as $20,000 or higher.
The trend of declining cost-effectiveness is a very disturbing phenomenon. Outliers on the graph are even more disturbing. One treatment goes as far as providing a year of life for $800,000. This is highly unacceptable. High prices need to reflect significant benefits. There is no value in a drug if people cannot afford to use them.
By Luis Gay
—
Luis Gayis a sophomore attending the University of San Francisco, pursuing a Biology degree and Biochemistry Minor. He is a Social Media Assistant atCancer InCytes Magazine.
—
Reference:
Ubel, Peter. 30Sept2015. “Cancer Drugs Aren’t As Cost-Effective As They Used To Be”. Forbes. [Accessed 9 Oct 2015]
Photo Credit:
This photo can be found at the University of Mississippi Medical Center’s Website.
https://www.umc.edu/Administration/Centers_and_Institutes/Cancer_Institute/Cancer_Drug_Discovery_Core.aspx
This graph can be found in Peter Ubel’s article.

Cancer Drugs’ Effectiveness Do Not Match Their Cost was originally published @ cancerincytes and has been syndicated with permission.