Is Happiness the Greatest Good? 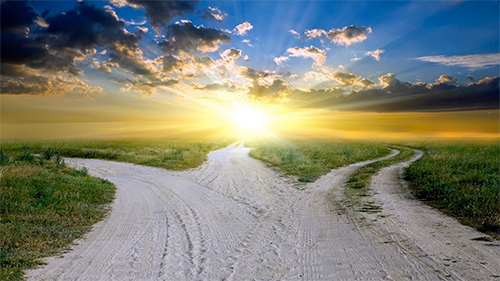 One of the primary goals for studying ethics (or creating ethical systems) is to find normative ways to live one’s life that would bring about greatest amount of the good. The “good,” dating back at least to Plato, has been consistently talked about in terms of maximizing “happiness” (or subjective well-being).

The creation of large scale social orders is often viewed as one of the most important ethical developments in history. After farming emancipated our ancestors from the living in the state of nature, sedentary social life swept through the world. The advent of agriculture combined with more cohesive social institutions allowed large groups of people to live and work together and created the modern world.

The industrial revolution and rise of liberalism endowed people with unprecedented amounts of freedom and autonomy over the course of their lives. Classical liberal thinking argues that this type of society best maximizes collective happiness by giving people the freedom to pursue their interests and chase after their deepest desires.

One theory, recently developed by the historian of science Yuval Noah Harari, challenges the common conception about happiness. In his book Sapiens, Harari, and others, upset this notion by extending Darwin’s theory of Natural Selection to the human mind and argue that the brain is not well-adapted to be and stay happy in the modern world[1].  According to Harari, “the transition first to agriculture and then to industry [may have] condemned us to living unnatural lives that cannot give full expression to our inherent inclinations and instincts and therefore cannot satisfy our deepest yearnings.”

Harari’s argument is seductive. After all, our brains evolved in an environment resoundly different than the one a typical person inhabits today. It hard to disagree that our transition from nomadic pre-agrarian tribes to settled communities and, finally, to open and free societies affected the day-to-day experiences people have in both positive and negative ways.

Claiming that our social systems may have done more bad than good in terms of overall mental well-being may seem counterintuitive to most, and requires much more research to be validated. But if one accepts Harari’s arguments than many of our deep-seated beliefs about what we want and expect out of life may need to be reexamined.

So is Harari right? Did the march of social progress cause more harm than good? Firstly, if we include our non-human kin into our moral circle of concern, humanity’s social explosion begot the creation of factory farms leading to the detriment of billions of sentient creatures.

Second, climate change and nuclear proliferation has given us the ability for self-annihilation.  We would not run the risk of Armageddon by mushroom clouds or climate disasters if our technologies never progressed past the Stone Age.

However, the worst byproduct of our explosive social advances may be how it lifted humanity out of an environment that our brains were adapted to thrive in and placed us into fabricated social environments more detrimental to our happiness than we could have imagined.

The moral philosopher Alasdair MacIntyre concisely stated the problem of happiness when he wrote, “happiness is not a unitary, simple notion, and cannot provide us with a criterion for making our key choices.” After more than two millennia of reflection, philosophers, poets, and priests have produced enough books to keep a campfire blazing for a month but have failed to find a non-messy, foolproof guide for happiness.

Perhaps the deck has been stacked against us. Achieving our deepest yearnings and arriving at the mental utopia of happiness, the metaphorical light at the end of the tunnel, may be a psychologically absurd concept by virtue of the environments our brains now find themselves in. But this view of life may not be as dire as it might first seem.

Maybe the conquest of happiness is not the greatest good. Maybe the maze of modern existence shouldn’t be viewed as race to be won or a puzzle to be solved but, instead, as a journey free of expectations.

[1] Freud made a similar argument in the book Civilization and Its Discontents.

Christopher S. Kovel, GSAS 2014, is a graduate of the Fordham University Center for Ethics Education M.A. in Ethics & Society. You can reach him at ckovel@mauronewmedia.com and visit his website https://thegeneraljournal.wordpress.com.

Is Happiness the Greatest Good? was originally published @ Ethics and Society and has been syndicated with permission.