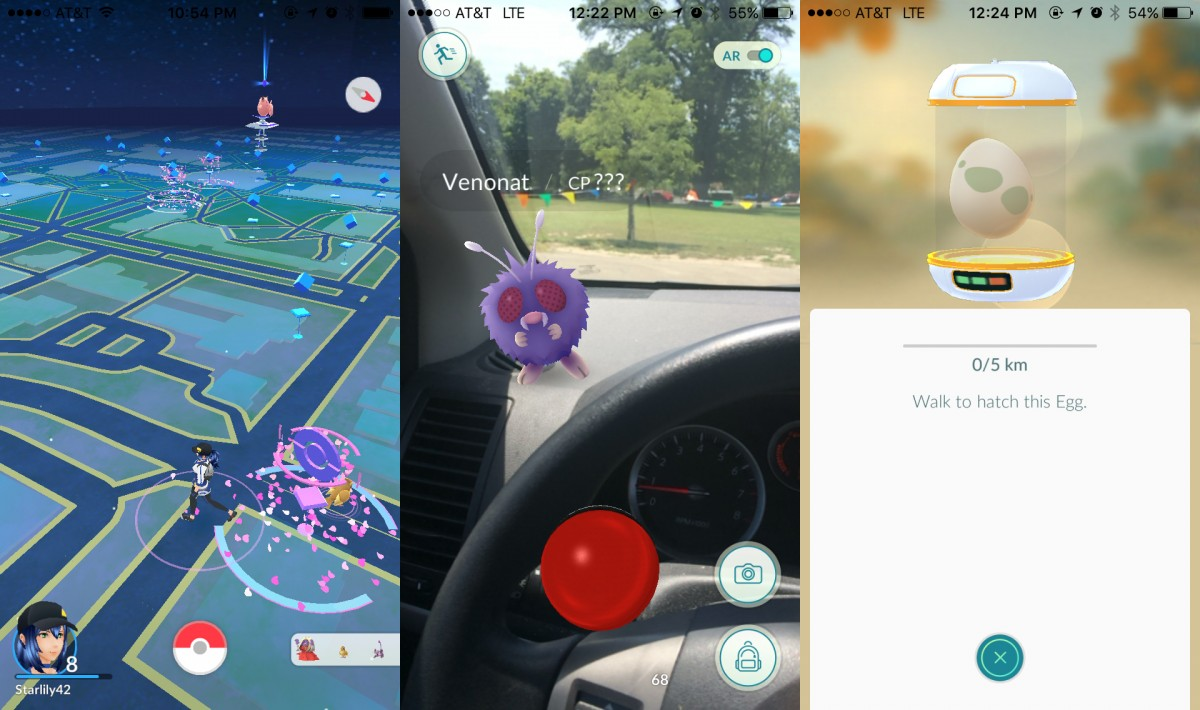 More than 15 million people have downloaded Pokemon GO, a virtual reality app for smartphones based on the franchise Pokémon. It encourages users to find Pokemon characters in the real world. Some have criticized this app as a “technological distraction,” but for many, this childhood dream come true may be a positive way in dealing with mental illness.

One of the most tangible benefits of playing Pokemon GO is that it requires users to move around outside, visiting historic landmarks and popular locations in order to discover pokemon, train them, and obtain items. It is nearly impossible to progress in the game without getting up. Even pokemon eggs require movement, with some eggs requiring users to walk 10 kilometers for it to hatch. Dr. John Grohol, who specializes on how technology impacts mental health and human behavior, states that Pokemon GO can be really beneficial. While there is no official science to support that Pokemon GO is directly responsible for changes in mental health, there is extensive research supporting the fact that walking and going outside is beneficial for good mental and physical health. For example, in the International Journal of Environmental Health, a paper entitled “The mental and physical health outcomes of green exercise” was published by Professor Jules Pretty and colleagues. Their research showed that exercise increased self-esteem and had a “positive significant effect” on 4 in 6 people. Visual prompts of nature and rural scenes contributed to this statistic, in comparison to not being exposed to any images of the outside world.

Pokemon GO also encourages interactions with strangers and leads to the possibility of making new friends of all ages. Tara Haelle, a contributor for Forbes Magazine, explained in an article how she has spoken to more people in one weekend since the launch of Pokemon GO than in the past few years living in the town of Peoria. Interactions ranged from tips on where to find a certain kind of pokemon to gym training. Many users of the app have shared their experiences on twitter, showcasing its perceived mental health benefits. A veteran with post-traumatic stress tweeted that leaving his yard was difficult, but Pokemon GO made it easier to leave home and talk to strangers. Other users have stated that it has helped with their anxiety, depression, and/or bipolar disorder. 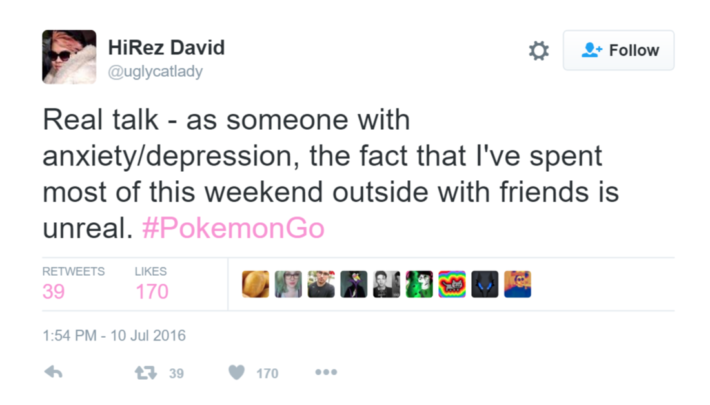 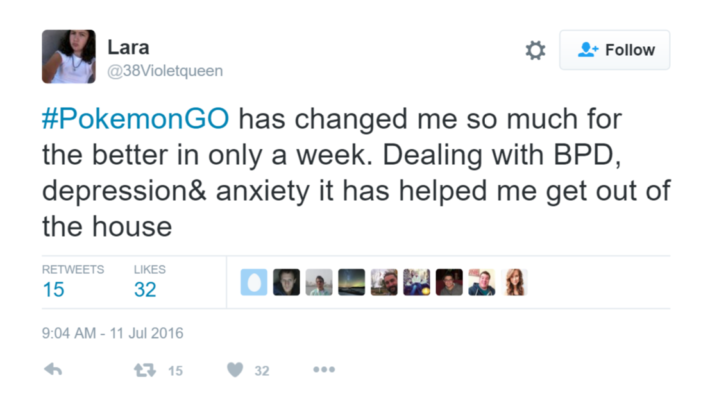 It may be difficult to fathom that a video game can be use as a tool to help people, but the combination of exercise and socialization that this app encourages may ease anxiety and depression symptoms. However, Grohol notes that Pokemon GO should not be a replacement for professional treatment. Having stated this, he says that Pokemon GO can be a great first step toward receiving help.
—
Luis Gay is a Junior attending the University of San Francisco, pursuing a Biology degree. His aspirations include serving underrepresented communities through medicine and advocacy. He is a Social Media Assistant at Cancer InCytes Magazine.
—
References:
Diaz, Justin. 13July2016. “Pokemon GO Is Helping People With Anxiety & Depression”. Android Headlines. [Accessed 18 July 2016]
http://www.androidheadlines.com/2016/07/pokemon-go-helping-people-anxiety-depression.html
Gallagher, Sophie. 07July2016. “Pokémon Go Is Having A Positive Impact On People’s Mental Health, And Here’s The Science To Back It Up”. Huffington Post UK. [Accessed 18 July 2016]
http://www.huffingtonpost.co.uk/entry/pok%C3%A9mon-go-mental-health-impact_uk_5784ae01e4b0e9f338cbee58
Haelle, Tara, 11July2016. “Five Ways Pokémon GO Is Actually Good For You”. Forbes. [Accessed 18 July 2016]
http://www.forbes.com/sites/tarahaelle/2016/07/11/five-ways-pokemon-go-is-actually-good-for-you/#37257c0237b5
Villines, Zawn. 15July2016. “Mental Health Effects of ‘Pokemon GO,’ and Other News.” Goodtherapy.org. [Accessed 18 July 2016]
http://www.goodtherapy.org/blog/mental-health-effects-of-pokemon-go-and-other-news-0715161
—

Pokémon GO and Positive Mental Health was originally published @ cancerincytes and has been syndicated with permission.