My old friend is scared about the aged care cuts. She lives in a facility where rumour runs rife about being dumped on the street or stranded in bed without incontinence pads.

It would be easy to buy into divisiveness about the ‘burden’ of old people, but solidarity is our best defence against neoliberalism.

My friend is 84 and scared about the aged care cuts.

Eva (not her real name) has lived in the same facility for six years. She has been content, but disturbance is now palpable as you walk in the door. Rumour runs rife as residents conjure up images of being dumped on the street, having no one to help them out of bed, being left without incontinence pads, and being charged separately for laundry. Not to mention panic about medication and health costs.

Eva is emphatic that her laundry does not need to be done every day. Her ruminations are a measure of the depth of her fears.

I have done what I can to stall anxiety and have promised to attend a meeting run by the facility where I hope to find out more about how the cuts will flow through to residents.

Budget cuts of $1.2 billion, announced by the Treasurer, Scott Morrison, in May (prior to the 2 July election) include changes to the scoring matrix of the ACFI (Aged Care Funding Instrument), which determines payments based on level of care.

Bottom line to the aged care cuts – less government funding to do the same work.

In a previous conversation with Eva, she explained to me that, although 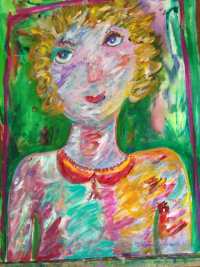 fellow-residents told her working-class people should vote Labor, she has always voted Liberal.

Eva admires rich people. She is on a pension, most of which goes to the facility. She thinks rich people are all members of the Liberal Party, and know about managing money. Otherwise, they wouldn’t be rich, would they?

Why would you trust someone to manage the money of a country, she asks, who wasn’t rich themselves? Poor people wouldn’t be struggling, would they, if they knew how to make money and keep hold of it?

Eva worked all her life to be like those she sees as successful, making her a good fit to Howard’s aspirational battlers (many of whom in fact abandoned their party-loyaty in the most recent election).

If she had lived in the cap-doffing era, she would have complied ungrudgingly. She loves the British Royals, and doesn’t arc up about hierarchical control (unless it gets too close to home).

She also has a view about trickle-down effects that many politicians would happily coopt. Rich people, she thinks, are more likely than poorer ones to be able to share some of what they have with others. So, it follows, she’s better off with the rich guys in charge. The fact that the rich guys introduced the aged care cuts does not seem to have registered.

My part in these conversations with Eva has pretty much involved holding my jaw closed and trying to find ways of responding that are honest but not inflammatory.

I did not want to get into an argument with a seriously unwell octogenarian, and did not, therefore, give her a lecture on the fallacy of trickle-down, or the contribution of relentless neoliberal ideology to her current situation. Aged care cuts, along with a raft of other cuts, defy the trickle-down myth but do not seem to dent it.

The conversations with Eva have stayed with me, though, for several reasons: 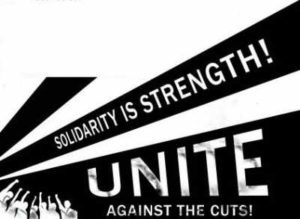 Eva needs solidarity against aged care cuts: It’s in our interests too

As Elizabeth Farrelly notes, we need our politicians to work in the broad public interest rather than in the interests of their mates. If donations to parties were banned, she argues, and every vote in parliament became a conscience vote, we would be much better placed to demand loyalty to truth and fair-play rather than to corporate interests.

Party-loyalty is not in Eva’s best interests, and nor is it for most of us in this neoliberal era. Solidarity across groups and issues is to the advantage of all.

For all our sakes, we need to move beyond the forces of divisiveness. Making sure Eva and her mates are adequately cared for could be an inaugural project.

Aged care cuts: My old friend is scared and needs solidarity was originally published @ 2020 Social Justice and has been syndicated with permission.