Patients were unable to obtain treatment due to unemployment and health care cuts. Researchers used World Health Organization and World Bank Statistics on over 70 countries and more than two billion individuals to study the link between cancer mortality, healthcare spending, and unemployment. They analyzed the trend from 1990 to 2010, noting that a one-percent increase in unemployment was associated with 0.37 extra cancer deaths per 100,000 people. Similarly, a one-percent drop in healthcare spending was associated with 0.0053 additional deaths per 100,000 people. Then data from 2008-2010 was extrapolated due to the “substantial rise” in unemployment and cuts in health care spending during that time.

According to Dr. Mahiben Maruthappu, from Imperial College London, there were over 260,000 extra cancer deaths alone in OECD (Organisation for Economic Cooperation and Development) countries, suggesting that there could have been more than 500,000 extra cancer deaths worldwide. The European Union alone estimated 160,000 additional deaths while the United States estimated 18,000. Britain and Spain, which provide universal health care, were shown not to have any additional cancer deaths. 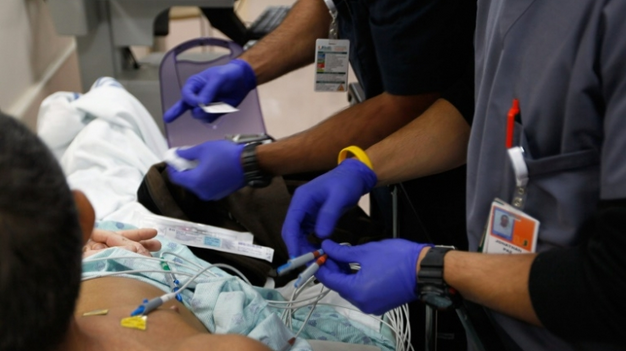 r. Maruthappu stated that because cancer is the leading cause of death worldwide (8.2 million deaths in 2012), it is important to understand how economic changes affect cancer survival. He added that this study has uncovered that there is an association between increased cancer mortality and increased unemployment, but universal health care protected against these effects, especially for treatable cancers such as breast, prostate, and colorectal cancer. Without employment, patients may suffer from delayed treatment or late diagnosis. As stated by Graham Colditz and Karen Emmons, US-based researchers, this data makes a strong case for universal coverage and its protective effect on cancer mortality.

This photo was taken by Joe Raedle.

Get tens of dozens of discount coupons at Cancer InCytes Magazine’s COUPONS page.

Luis Gay is a Junior attending the University of San Francisco, pursuing a Biology degree. His aspirations include serving underrepresented communities through medicine and advocacy. He is a Social Media Assistant at Cancer InCytes Magazine.

Extra Cancer Deaths Due to Financial Crisis was originally published @ cancerincytes and has been syndicated with permission.