Do Parents’ ACEs Play a Role in Their Child’s Health?

Parents are likely to pass on certain behaviors and reactions to adversity. They may not even mean to do so, since the parent could react to adversity with an extreme or frequent response of the “fight, flight, or fright (freeze)” mode. Parents “may hit the child, walk away from the child who’s asking for attention (albeit in a negative way), or freeze, only to be bitten or hit some more. None of that helps grow a healthy child or a healthy relationship between the parent and child” (Stevens).

Basically, learning about the parents’ ACEs is an important factor for preventing children from experiencing adverse childhood trauma.

Though it is critical to understand ACEs in patients and their family members, many physicians are not implementing ACEs in their practice and do not ask about them. Some feel as if they are prying into the personal life of a patient, opening a can of worms that there is not enough time or resources available to address. Or, that a patient may have a mental collapse.

Teri Pettersen and RJ Gillespie, pediatricians at Children’s Clinic, both saw the need to address ACEs in their community and started a pilot project to integrate ACEs in 2013. In two years, more than 1500 parents took a survey about ACEs and the pediatricians who used them said, “they’d never go back to the way they did things before” (Stevens). When the physicians discussed ACEs, there were no issues (no one mentally broke down) and parents were actually thrilled to have the survey. It surprised pediatricians at the Children’s Clinic that parents were willing to discuss their childhood traumas and how appreciative parents were for talking about them.

Though there is not enough quantifiable data to say that a parents’ adverse childhood experiences plays a role in their child’s health, pediatricians are providing resources, outlets, and guidance for parents who would not have received any if they were not asked about their ACEs.

Pediatricians, with knowledge of a parent’s childhood traumas, can help parents develop skills to take care of their children and themselves. They can be encouraged to look for the resources and help so that their children may not experience the same type of trauma.

Pettersen and Gillespie see all pediatricians eventually integrating ACEs into their work so that children may experience a healthy childhood and eventually become healthy adults.

Kristine Alarcon is certified in Sterile Processing and Distribution in California and is pursuing a Masters in Public Health at Drexel University. She is a Social Media Assistant at Cancer InCytes Magazine. 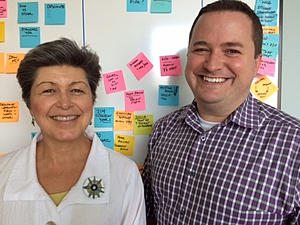 Do Parents’ ACEs Play a Role in Their Child’s Health? was originally published @ cancerincytes and has been syndicated with permission.