Was Your Seafood Caught By Slaves? 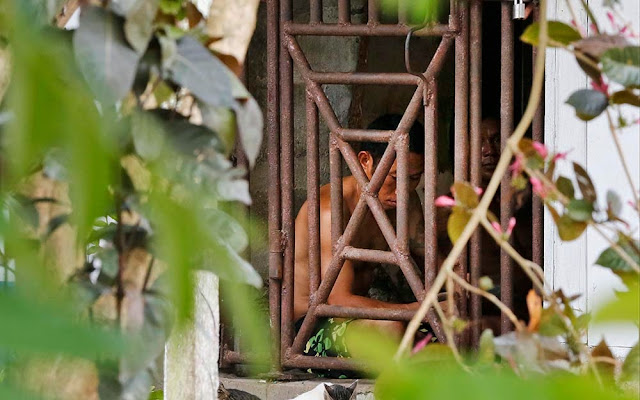 AP, The Associated Press, conducted “a yearlong investigation” which discovered that Burmese slaves have caught some of the seafood sold in American grocery stores, restaurants, and even cat food. Through interviews, AP discovered that “dozens of men [were] being held against their will on Benjina, a remote Indonesian island, which serves as the base for a trawler fleet that fishes in the area.”

Martha Mendoza, an AP correspondent, was one of the lead reporters for the investigation. When she and her crew when to Benjina, they witnessed men, mostly from Myanmar (Burmese), unloading seafood. Mendoza explained to NPR (National Public Radio) that, “they began calling out, asking for help, and explaining that they were trapped and that they were being beaten and that they were enslaved” when they found out that one of the AP reporters spoke Burmese. She also saw men held in cages, some of who had been kept in captivity for up to ten years.

NPR asked Mendoza how these men ended up in this type of modern-day slavery. She responded that the men were “lured by promises of a job by brokers in Burma…[they] had pledged to pay the brokers a fee for finding them the job, but when they arrived, they found out the work was in fishing, which they hadn’t signed up for.” She also replied that the enslaved men had to pay for food and shelter “as they worked 22-hour days.” Others were kidnapped and forced into manual labor.

When AP made all these discoveries, “they began tracking where the seafood went.” The seafood was loaded into a large cargo ship, the Silver Sea Lion, which was then tracked to a port in Thailand. Once there, “seafood was offloaded into some 150 trucks.” Reporters took note of the plants that the trucks went to. It was unveiled that Iams, Meow Mix, Fancy Feast, and other types of cat food shipped to the U.S, along with large companies like Wal-Mart, Kroger, Albertson’s, Safeway and more, received some of the seafood from these factories. Mendoza presented her findings to cat-food makers, fish sellers, and grocers all around the U.S. and the response, she says, has “really been remarkable.” They do not deny what AP has found and want more information to implement a change.

—
Reference:
Luis Gay is an undergraduate attending the University of San Francisco, pursuing a Biology degree and Chemistry Minor. He is a Social Media Assistant at Cancer InCytesMagazine.
—

Photo Credit:
This image was photographed by Dita Alangkara and can be found at http://www.corbisimages.com [Accessed 11 May 2015]

Was Your Seafood Caught By Slaves? was originally published @ Cancer inCYTES Blog and has been syndicated with permission.