A working ranch integrates ACEs and animals into treatment for teens

Although it’s too soon to tell if integrating trauma-informed and resilience-building practices based on adverse childhood experiences (ACEs) sciences is making a difference for the teens living at Home on the Range, a residential treatment center in Sentinel Butte, ND, it’s made a huge difference for the people who work there. They now understand that kids aren’t born bad.

“ACEs has enlightened us,” says Mike Gooch, clinical program director for the center, which is located on a 1,600-acre cattle ranch. “We knew kids had trauma, and once we administered ACEs, it all started to make sense. They’re not really born a certain way.”

Indeed, it’s what happens after these kids are born, as their average ACE score of 5 indicates.

ACEs refers to the groundbreaking CDC-Kaiser Permanente Adverse Childhood Experiences Study (ACE Study). The ACE Study showed that childhood trauma is linked to the adult onset of chronic disease, mental illness, violence and being a victim of violence. It measured 10 types of childhood adversity, those that occurred before the age of 18. They are physical, verbal and sexual abuse; physical and emotional neglect; a family member with mental illness, or who has been incarcerated or is abusing alcohol or other drugs; witnessing a mother being abused; losing a parent to divorce or separation.

The ACE Study is part of a new understanding that’s sometimes called a “unified science” of human development. This ACEs science includes:

Resilience research and practice is very broad. It includes individual resilience — such as how exercise, nutrition, being in a safe relationship, (for a child) being in a relationship with a trusted adult, living in a safe place, and mindfulness all contribute to a healthy brain and body. It includes organization, system and community resilience — such as how trauma-informed, resilience-building high schools help teens with high ACE scores increase their grades, test scores, graduation rates, sense of well being, and hope for the future. It also includes how parenting classes informed by ACEs science can change parents’ relationship with their children.

All teens admitted to the center, which is overseen by the Catholic Diocese of Bismarck and can hold 48 teens – half female and half male — complete their ACE score on their own after a staff person explains the CDC-Kaiser Adverse Childhood Experiences Study (ACE Study) to them. Then, counselors review the teens’ records and develop a second score. For example, Gooch says that one teen said his ACE score was 3, when a review of his records showed it was a 7. The boy had left out his parents’ divorce and several other events affecting his score.

Because of this new knowledge about human development, the center is also moving from a concept of rehabilitation to habilitation, says Dr. Mel Rose, the center’s executive director. 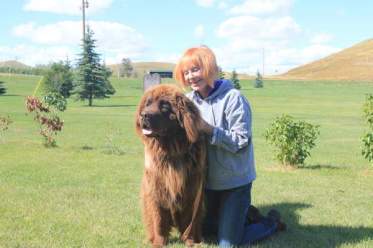 “We’re providing kids the ability to develop skills that they didn’t garner along their normal developmental path,” says Rose, “such as regulating emotions and problem solving – core skills children develop (in a healthy family environment).

In fact, most of the teens at the center are referred by county and state courts. They include runaways, school truants, those who have suffered abuse at home, and some who have committed crimes. Although they can receive parental visits, a significant number of the kids have been removed from the care of their parents. When parents are still the legal guardians, the center makes an effort to involve them, although they don’t administer ACEs to parents.

Staff members receive formal training in the conceptual foundations of ACEs science and how it increases risk factors for these kids, so once the teens have taken the ACE survey, staff members help them develop social and self-regulation skills. The ACE training is ongoing, with weekly student reviews and case conferences that help ground the ACEs science into practical applications. However, the center’s 80 staff members don’t do their own ACE scores.

Laura Feldmann, a clinical social worker and certified in animal assisted social work, who’s been at the center for 10 years and is certified in animal-assisted social work, said she works with equine specialist Betty Knight to get the kids to open up and confront their issues. She tells the story of a girl dealing with drug and alcohol abuse. Feldmann asked the girl to label four things she wanted to work on and then duct-tape each label onto one of a horse’s legs.

The girl picked up the first leg, which was labeled attitude. She cleaned the hoof easily and said, “I’ve been working on my attitude and it’s getting better.”

Then she picks up a second hoof, labeled behavior, and cleaned that.

But when the girl attempted to hold onto the third leg, labeled drugs and alcohol, the horse started picking its leg up and down.

“She’s just like me!” exclaimed the girl. “I get the treatment and then I go back and abuse.” Finally, the horse calmed down and she cleaned this hoof.

When she approached the last hoof, labeled grief and loss, the horse’s leg kept moving in circles, making it difficult to grab onto. The girl stood up and said, “She is just like me. I have never talked about grief and loss, and I’ve lost five people.”

She started to cry and stopped working. The counselor told the girl that if she didn’t clean this hoof, the horse would go lame and never walk again, so the girl wiped her tears and went back to work.

The metaphors that happen in the barn, says Feldmann, are carried over into the treatment, so the teens are asked how what happened in the barn relates to their own lives.

“It’s a lot safer for the kid to open up with animals because a horse isn’t going to be judgmental,” says Feldmann, which is why animal therapy often brings trauma —and ACEs — into the open. “Horses are going to give you honest feedback,” she adds.

The decision to become a trauma-informed care program incorporating ACEs was made before Home on the Range Director Rose came to the center last August from Alaska, where she oversaw two outpatient mental health clinics. She said ACEs was adopted at the urging of another doctor and also because of a general movement away from behavioral modification programs to ones that are trauma-informed.

The treatment center is a working cattle ranch, with 80 head of cattle, 17 horses, and one therapy dog. The teens help with farm chores and animal care, including tagging calves and bottle-feeding calves whose mothers have rejected them. They also help administer shots and vaccinations as part of the center’s goal toward helping them attain a greater level of autonomy and independence.

More than 90 percent of the teens graduate from the program within eight months, and return to their homes or foster homes. Graduation from the program is determined by whether the teen has achieved her or his goals; placement workers, clinical staff, and the teens themselves participate in the decision, which is based on whether the teen can successfully re-enter the community and easily segue into a school schedule.

With ACEs only recently integrated into the program, it’s too soon to say what impact it will have on the teens’ lives, but we aim to check back in a year and let you know. Home on the Range doesn’t have a formal way of following up with residents, although some call staff once in a while or communicate on the program’s Facebook page. In the future, when state rules and regulations permit tracking of former residents, Home on the Range plans to follow up and report on the success of its own efforts.

A working ranch integrates ACEs and animals into treatment for teens was originally published @ ACEs Too High and has been syndicated with permission.