Choosing euthanasia is about more than legality

Euthanasia – legal or otherwise – is not a topic of everyday conversation for most people, I expect. But, unless we talk about it and explore the dark spaces, our choices are likely to be short-circuited. As they have now become for my friend, Eva.

Eva has been dying for 16 months. She became suddenly unable to move, feed, bathe, or toilet herself, and increasingly unable to communicate. At the time, I didn’t imagine she could last more than a few days.

Now I wonder how much longer her slow slide into death can take. I still visit her regularly, as do other friends. Most of the time she shows little or no awareness. I find it excruciating. This amazing, smart, funny, argumentative person, always curious and interested to learn new things, reduced to a non-functioning body and increasingly empty mind.

Who would want to die like that? Certainly not me. Nor do I want to be witnessed dying like that. There is no dignity, and no point that I can see.

Eva doesn’t have a choice. Not any more. She is deemed incompetent, so even if euthanasia was legal, she would not be entitled to make the decision for herself.

Legality of euthanasia not the main issue

Legality can be an important barrier to decisions about euthanasia, although in Victoria, Australia, where I live, we now have voluntary assisted dying legislation. It’s expected to come into effect by mid 2019, and in order to qualify, a person must:

Two doctors make the assessment and sign off the process, and the patient has to make two formal requests plus a written statement. Doctors can refuse to be involved if they are conscientious objectors.

I may well have access to this legislation when my time comes, but legality is not the main issue for me. If legal access to euthanasia is not available, I would pursue illegal means. Most people, I expect, who are clear about their wishes, determined, and not ethically conflicted (by religious beliefs, for example) would be the same.

Hardest questions are about communication

The really hard questions appear to me to be about whether, when, what, and how to communicate about such a process with loved ones who will be left behind. How do you even start to think about what would be best from whose point of view at what stage? 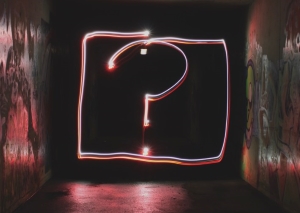 These questions are clearly important, but I tend to hit a mental block when I try to think about them. Trying to imagine talking to my children about planning my own death is pretty much an empty screen.

Nonetheless, reading Nikki Gemmell’s book, After, about her mother, who killed herself with a combination of oxycodone and alcohol, made me aware how important such questions are.

Elayn Gemmell did not leave a note. Nikki describes her shock, bewilderment, anger, resentment, sense of rejection and abandonment when she learnt of her mother’s death. She wonders if other people knew: “I had to go through all mum’s friends in the address book and tell them all, and I wondered if they all knew, asking them, did you know she was going to do this?”

Why did her mother do it, Nikki asks herself and the world at large? Was it an accidental overdose or a deliberate act? Was it to save trouble for her family? Didn’t she care enough to stay alive to see her grandchildren grow? Did she think about who would find the body? Hear the news from police? Identify her in the morgue? Submit to a gruelling police investigation? Be left to deal with unanswerable questions?

At the same time as she desperately and despairingly asks these questions, Nikki recognises the minefield for people who lack access to legal euthanasia. Her mother would not have met the fourth criterion above, about having less than six months to live (even if she did reside in Victoria, which she didn’t).

“Maybe,” Nikki says, “you want to tell your family your plans to take your life to save them from all the trauma and the shock. But if you do implicate them, they can be charged.”

Nikki was aware that the police officers in her kitchen the day after her mother’s death were taking notes. Had she known about her mother’s plan? Had she helped her in some way? It dawned on her that they were fishing to see if she had helped her mother to die.

The more I digested Nikki’s book, and material related to it, the more it became clear that her mother had in fact given advance warning, or at least tried to.

Elayn’s death was a considered decision. “We knew her [Elayn] for a long time,” Philip Nitschke, founder of Exit International, says. “She had been associated with Exit for some [eight] years. She was a life member, in other words, she was someone who believed in this issue. She’d come to workshops in Sydney. She was worried about talking to family. Yeah she makes it specifically clear in one of the letters that talking to the family was a difficulty.”

On the one hand, Nikki acknowledges some of this. On the other, she seems, after the event, to lose sight of the fact that she had any forewarning.

“There was a time,” she acknowledges on Australian Story, “a couple of months before she killed herself that we’d been speaking about euthanasia. Every time she’d bring it up I’d just be like ‘but don’t you wanna see the grandkids grow up?’ I’d get too emotional, and I know now that was the wrong thing to do.”

Nikki’s reaction is understandable. Nobody would relish these conversations. And her response would almost certainly be a conversation-stopper. If you were Nikki’s mother, wouldn’t you be left speechless?

Legalisation of euthanasia, even under fairly restrictive conditions, might help to bring these conversations out of the shadows. Just as loosening the legal straightjacket around heteronormativity has loosened taboos on sexual identity and discussions of sexuality.

The more we have such conversations, and the more often they happen around us, the better we will become at them, and at finding ways of asking impossible questions and putting language to our muddled thoughts and reactions.

Regardless of whether access to euthanasia is legal or not, conversations are going to be fraught, for many reasons. The risk of implicating accessories would, however, have a big influence on how much specific detail would be safe to share. Perhaps Elayn Gemmell did her best under difficult circumstances? 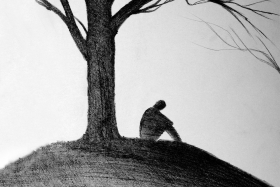 Helena’s family are included in her plans

Nikki Gemmell includes a rather different story in her book, about Dr Helena Thompson (not her real name). Helena is in her early sixties and has intractable chronic pain. She could live for years, disabled and increasingly pain-ridden, but does not want to. She sees such a future as pointless with no quality of life. She would, she anticipates, be doomed to a nursing home, gobbling up money for care that she would rather spend on her family before she dies.

Helena has been making plans to end her life for five years, and will travel to Dignitas in Switzerland to do so. This approach, possible for those with the knowledge, will, and means (it costs $10,000), circumvents the legal quagmire.

Helena has four children, the youngest 21.

“About 12 months ago,” she says, “I decided that probably it was time to go. So I got the kids all together and they all chose what they wanted to do and we all had fantastic, wonderful adventures and brilliant memories. I know they’ll miss me and I feel dreadfully guilty for deciding to leave them. But I’ve done everything I can to bring them along with me on the journey.”

When the time comes, Helena will travel to Switzerland with her family and a friend.

“It will not be a shock to her loved ones the way Elayn’s death was to Nikki and her family,” writes Vanessa Gorman.

Maybe not, but nor is it straighforward, even in Helena’s terms.

Stepping into the communication minefield

Which way is better? To pursue euthanasia quietly and leave family to find out after the fact? Or bring everyone on the journey as far as possible? Elayn’s way or Helena’s? Whose perspective are we talking about? The one who is going to die? Or those left behind? How central are legal considerations to the kinds of conversations that are feasible and advisable?

This is difficult territory, and important to travel gently, I think. How to do that is the question, when we have so few stories to draw on about what works and what doesn’t for who under what circumstances.

By the time I had turned the last page of Nikki Gemmell’s book I was, I admit, feeling an urgent need to talk to my children. The horrified shock and anger Nikki felt when she found her mother had killed herself convinced me that secrecy is not acceptable. It might be easier in many (head-in-the-sand) ways, but only before the fact, and only for the person who dies.

Well, that was my initial reaction anyway. But, perhaps Nikki’s emotions were part of a normal grief process and can’t really be pre-empted anyway? Perhaps it’s about dealing with death, a mother’s death, rather than about how it actually happens?

I remember, for example, how angry Eva was when her husband died suddenly, in their bed, with her sleeping beside him. She was angry with him for leaving her alone. She was angry that he hadn’t taught her things she needed to know like how to change a light bulb. She was angry that she felt unable to sleep in their bed anymore. And she was angry that his car was in the garage and she couldn’t drive. This anger shifted in and out of focus along with the debilitating sadness, shock, and horror at the unexpected suddenness of his natural death.

And, rising above a lot of the confusion for me  is an aversion to secrets and secrecy. As far as I can remember I’ve hated whispering behind closed doors. At least if something is out in the open there’s a chance of dealing with it. Silence breeds uncertainty, doubt and mistrust in my experience.

But then, that’s about me. And, if I’m trying to decide whether to tell my children about my intention to plan my own death, in a manner, place, and time not yet immediately clear, doesn’t it need to be at least as much about them and what would be best from their point of view? Maybe they would prefer not to know? Maybe they each have different needs? How do I even establish that much without opening Pandora’s box?

Perhaps a generic question is the way to go: “What do you think about euthanasia?”

Would that a place to start? I would like to hear your views.

The post Choosing euthanasia is about more than legality appeared first on 2020 Social Justice.

Choosing euthanasia is about more than legality was originally published @ 2020 Social Justice and has been syndicated with permission.