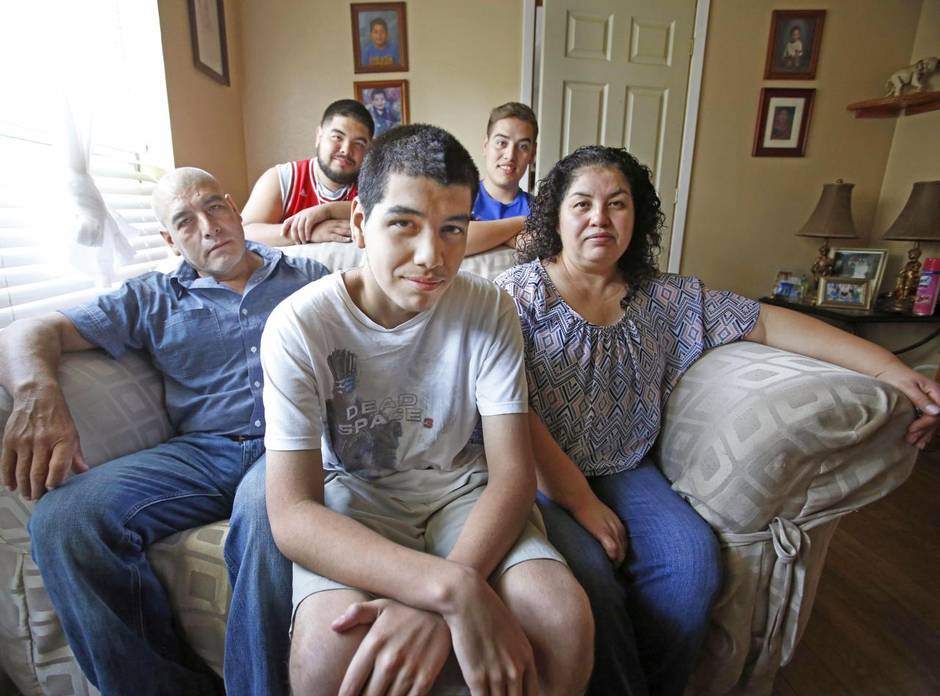 At the young age of 10 yrs. old, Ivan Nunez was bullied for his cough and the lump in his neck. Classmates avoided him and he couldn’t make friends because they were in fear of catching his symptoms.  Little did they know Ivan had a rare cancer called Hodgkin’s lymphoma.

Being affected by his son’s loneliness at school, Ivan’s father, Jose, asked the teachers to intervene. In reply, teachers told him they would handle it.

Ivan’s treatment started near the end of the school year, going through 22 days of radiation and 12 rounds of chemotherapy. The treatment was successful, however Ivan didn’t want to go back to school because the bullying never ended. Ivan lost his hair and the chemotherapy changed Ivan’s body. A woman named Crystal Wilkins met Ivan just after his diagnosis. She was a child-life specialist at Children’s Medical Center in Dallas and her role was to help kids understand cancer in an age-appropriate manner, visiting schools 20-30 times a year. Wilkins visited schools mainly for young patients who are scared to go back to school, mainly because they lost their hair. Ivan in particular was scared of the bullying he would have to face.
Ivan is now a sophomore at Bryan Adams High School in Dallas Texas. He takes medication daily and has a checkup once a year. Ivan’s oldest brother, Pablo, said, “A lot of people hear about cancer, and they think it’s all downhill from there. But they don’t think about all the opportunities they have that they should hold on to.” Ivan’s family is extremely grateful to all those that helped—doctors, friends, and especially Crystal Wilkins. All it took was simply explaining Ivan’s illness to his classmates to make a huge impact and stop the bullying. Health and cancer aren’t the only things a child has to deal with when getting cancer. In Ivan’s case, bullying and loneliness was what he had the most trouble trying to cope with.
—
By: Charmaine Santos
Charmaine Santos is a junior at the University of San Francisco pursuing a Bachelors of Science in Biology as well as minors in Chemistry and Health Studies. She volunteers alongside UCSF medical students at a student-run homeless clinic in San Francisco and is also an active volunteer with Operation Access. Charmaine is also a Social Media Assistant at Cancer InCytes Magazine.
—
Reference:
Nishihara, Naomi. (2015, Sept. 7). “When A Child Has Cancer, It’s More Than A Health Issue.” Retrieved September 13, 2015 from http://www.dallasnews.com/lifestyles/health-and-fitness/health/20150907-when-a-child-has-cancer-its-more-than-a-health-issue.ece
Photo Credit: http://www.dallasnews.com/lifestyles/health-and-fitness/health/20150907-when-a-child-has-cancer-its-more-than-a-health-issue.ece

Teenage Cancer Survivor Shares That Cancer Wasn’t His Only Issue In School was originally published @ cancerincytes and has been syndicated with permission.