‘I’ have seen the end of the tunnel. While a medical team worked on ‘me’ after a cardiac arrest on the 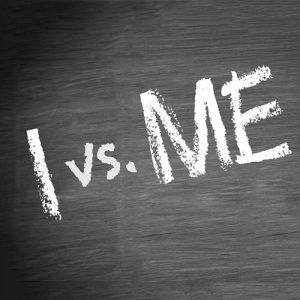 ‘I’ feel like ‘I’ am trailing a bucket of faulty machinery. That bucket is the embodied ‘me’.

‘I’, in other words, resembles a disembodied spirit, although such a concept fits poorly with atheism.

George Herbert Mead, a social philosopher, also distinguished ‘I’ and ‘me’, but in a somewhat different sense. Mead matched ‘me’ with Freud’s  ‘censor’, and ‘I’ with Freud’s ‘ego’ although, as in the distinction I make, Mead’s ‘I’ is also subject compared with ‘me’ as object.

I sometimes wonder if my experiences are unusual, or if other people would recognise a distinction between their ‘I’ and their ‘me’.

‘I’ have seen the end of the tunnel 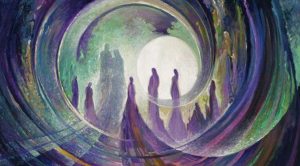 The end of the tunnel sounds like a cliché, but it really is a thing. ‘I’ have seen the end of the tunnel. There was nothing there, although it was a compelling experience, at least in retrospect. One I haven’t been able to lay to rest, and so decided to write about. I’m hoping I might hear back from others who have made sense of similar experiences.

It was supposed to be a routine operation – to insert stents in my coronary arteries – and I didn’t pay much attention to the raised, urgent voices around me. I was more attuned to a voice over to the side of me calling:

I believe I answered with a groggy and possibly uncertain “Yeees”.

The voice was embodied. He looked like a ‘70s hippie, propped casually against a stack of white metal frames, possibly bed parts. He wasn’t wearing a medical gown. He looked pretty relaxed. One arm hung loosely down his side, one in his lap. One leg was on the floor, one was raised a little to keep his balance. (Actually, he looked a lot like my husband in his earlier years.  Peter was never a hippie, but he did have the beard for some years.)

Was he for real, my hippie support person? I don’t know, although I do know he was not my husband. I was, however, more aware of his presence and his voice than of the people immediately surrounding me. I don’t have any memory of what they were doing. They must have put me under heavier anaesthetic as part of the process, because the next I knew someone was talking to me in the recovery room.

I don’t believe in an afterlife, but I do wonder about this sense of an ‘I’ that can seem to exist outside (and above, in this case) the embodied ‘me’. Is this a distinction others can relate to? Does it connect, for example, to the dissociation that can occur during childhood trauma? Does it perhaps reflect a drive to be seen as more than a body, especially if the body is labelled as somehow flawed? Might it connect to religious belief in the soul for some people? 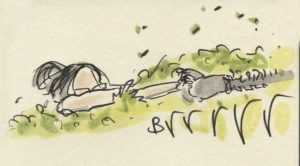 ‘I’ feel like ‘I’ am trailing a faulty appendage

My body has been behaving badly for some time. I have heart and lung disease and stubbornly low iron levels despite more than six months of supplementation. I also have a range of non-life-threatening chronic diseases (bones, joints, airways, and eyes). 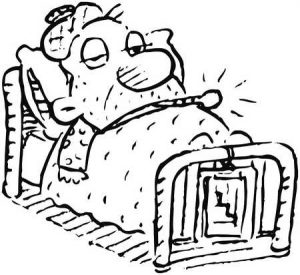 The heart disease, lung disease, and iron deficiency each individually cause breathlessness, weakness, and tiredness. Their combination can leave me feeling like a beached whale (although not a very big one).

The thing is that this all feels like it’s happening to the embodied ‘me’ and that ‘I’ should be able to rise above it. The trouble is the ‘I’ that holds hope and passion, ideals, and belief in social justice does not (unlike during my near-death experience) feel like it has a separate existence. It is trapped in this unravelling machine.

Should ‘I’ be able to rise above the embodied ‘me’? One obstacle is that ‘I’ depend on a functioning brain, and on really bad days that seems to shut down too. I’m not even going to try to probe the connection between ‘I’ and the brain (except to reject the possibility that the former is reducible to the latter).

In times of relative health

The distinction between ‘I’ (as spirit?) and ‘me’ (as embodied human) only seems to come to the surface 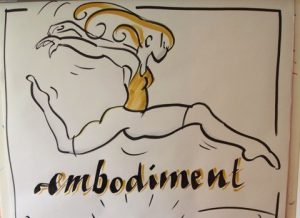 during times of crisis – either serious illness or serious emotional distress.

Interestingly, since starting to write this post, I have been put on additional heart medication, and am feeling substantially better. ‘I’ am no longer distinct from ‘me’. Of course it’s good to feel relatively well, but there’s a sense of loss as well. The integrated existence is relatively prosaic.

Recycling some of the questions

There are, I realize, no definitive answers to these questions. I wanted to put them on record for myself, but also in the hope that they (or similar) may have arisen for other people. I would love to hear.

Who am ‘I’? What is ‘me’? In sickness, health, and (near)death? was originally published @ 2020 Social Justice and has been syndicated with permission.