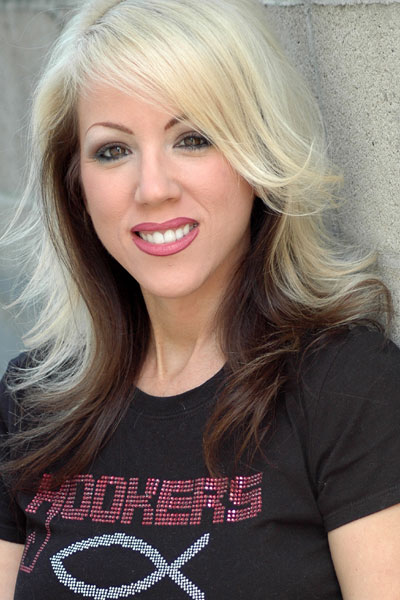 The recent news of NBA player Lamar Odom found unconscious at a Nevada brothel reminded Annie Lobert of the times she was a call girl in Vegas, often escorting athletes and celebrities.

She was under the control of a pimp and recalls of a time when her pimp demanded her night’s earnings. Lobert came back to her house the next morning excited and awake after a long night of handsome earnings. Her friend who was with her that night commented to Lobert’s boyfriend, also her pimp, how well Lobert got paid. The excitement quickly left when her pimp demanded for her purse, reaching out for her purse strap and almost knocking her over. She walked into the kitchen to get some space, but he followed closely behind and roared “Break Yourself!” Lobert knew that expression from when she worked in Minneapolis. It is an act of submission to a pimp and turning over prostitution earnings, officially becoming one of his girls. After saying she wasn’t going to give up the money, Lobert’s pimp grabbed her by the throat, dragged her to the back porch, and threw her body down on the cement. Lobert got punched endlessly on the face and could hear her bones cracking. All she could do after was roll over and cry out the pain.

Lobert explained the way pimps work in her autobiography, Fallen: “A pimp breaks you first by brainwashing you. He makes you dependent on him not only physically but also emotionally. He makes you feel that you cannot possibly live without him, and that if you try to, your life will have no meaning. He is your universe. He is your meaning. As soon as you start believing this, he has you. Then, to solidify control, he wraps up the deal by beating you into permanent submission. By then it’s too late. You already love him. You won’t leave, and he knows it. So he uses that love as a weapon to make you his slave.”
After her beat down, Lobert wanted to run. But her pimp would threaten to hunt her down and physically harm her. Knowing that she could lose her life was what made her stay for so long. Fortunately, Lobert found her way out of the terrible situation she was in by her new faith. She states in Fallen, “I don’t know where I would be right now had I not surrendered my life to God. I’d probably be lying somewhere in a sleazy motel room, shooting up and turning tricks while my body fell apart, or in a hospital bed dying of a disease, or lying in an alley somewhere dead. What I do know is that today I am truly alive. I am finally home. I am set free.” She is the founder and president of the ministry Hookers for Jesus.

Charmaine Santosis a junior at the University of San Francisco pursuing a Bachelors of Science in Biology as well as minors in Chemistry and Health Studies. She volunteers alongside UCSF medical students at a student-run homeless clinic in San Francisco and is also an active volunteer with Operation Access. Charmaine is also a Social Media Assistant atCancer InCytes Magazine.
—
Reference:
Lobert, Annie. (2015, Oct. 19). “What I Learned From Being a Vegas Call Girl.” Christianity Today. Retrieved October 25, 2015 from http://www.christianitytoday.com/women/2015/october/what-i-learned-from-being-vegas-call-girl.html?utm_source=hermeneutics&utm_medium=Newsletter&utm_term=13029633&utm_content=390919747&utm_campaign=2013&start=1
Photo Credit: http://escandalodagraca.blogspot.com/2010_11_01_archive.html

Former Las Vegas Escort Shares Her Story was originally published @ cancerincytes and has been syndicated with permission.