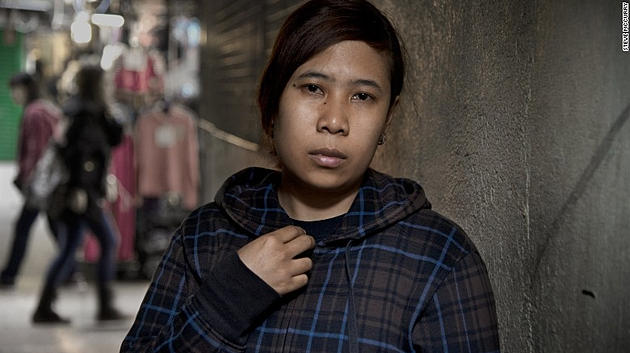 Susi experienced domestic abuse for a year under the hands of a Hong Kong employer, Law Wan-Tung. She had to work 20 hours per day and Law frequently slapped her to force her to sign a paper indicating that her wages had been paid when in fact, they weren’t. She was also prohibited from contacting her family members and Law even threatened to kill them if she ever talked back or left. Eventually, Susi managed to escape after her family in Indonesia demanded to know about her situation. Susi’s story is merely an example of the extreme physical and mental abuse foreign domestic workers face in Asia and the Middle East.

Another domestic worker, Erwiana Sulistyaningsih, also ended up in the hospital after suffering more than seven months of abuse at the hands of Law. Susi and Erwiana eventually testified against Law, who was found guilty of 18 charges including grievous bodily harm, false imprisonment, and criminal intimidation. Law was jailed for 6 years.

Sumasri, an Indonesian grandmother, suffered painful scars on her back and legs as her employer in Malaysia doused her with hot water. Another victim, Sritak, is covered in dozens of scars as her employer in Taiwan beat her with an iron pipe and pressed a searing hot fork into her skin. Pictures and videos of the abuse can be found here.

This project was organized by the United Nations agency, the International Labor Organization (ILO). The ILO estimates that there are more than 52 million domestic workers worldwide. But in Asia, many of them have no legal protection. Elizabeth Tang, General Secretary of the International Domestic Workers Federation, said that in certain places, domestic workers earn as little as $9 per month. Some don’t even earn any salaries at all and they are treated like slaves. Tang advocates for governments to change the law so that domestic workers are treated equally as any other type of workers.

Janice Tjeng is a fourth year Biology major at the University of San Francisco. She is a Social Media Assistant at Cancer InCytes Magazine. She looks forward to applying to medical school where she can learn the skills to provide healthcare for disadvantaged people.

Asia’s Brutal Treatment of Domestic Workers was originally published @ cancerincytes and has been syndicated with permission.