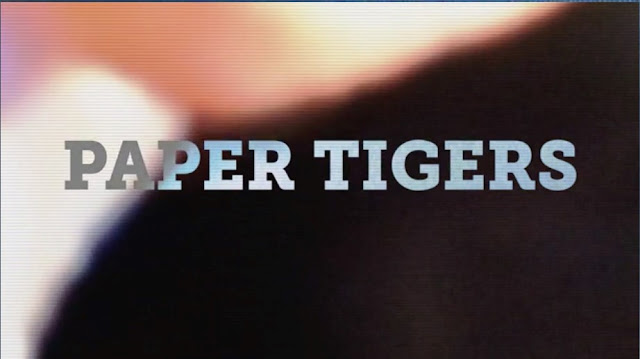 James Redford, documented the lives of staff and students of Lincoln Alternative High School in Walla Walla, Washington as the director of “Paper Tigers”. Students at this high school had behavioral issues and poor academic performances and were usually suspended from school. After discovering the studies on adverse childhood experiences (ACEs), the high school changed its approach to handling the students with kindness and in-school suspension versus automatic punitive punishments.

The staff at the high school takes into account the students’ lives at home as children who suffer from an ACE or trauma, which can come in the form of physical, sexual, or emotional abuse, can increase the risk of certain diseases, behavioral issues, learning problems, substance abuse, and early death. This can happen because the stress associated with these experiences can change the way a child’s brain develops. The teaching methods and behavior management at Lincoln help to combat the “toxic stress” by caring for the students’ lives outside school and having a gentler approach towards their behaviors. The new approach is doing so well at Lincoln that it is entering the doors of other high schools in Washington such as Big Picture High School and the Kent School District.

In the documentary, Redford showcases the social and human side to ACEs rather than the science behind the approach to treating the children. He highlights the idea of ACEs while allowing the students to film their own lives, providing a more personal perspective on the effect of their traumas as well as their struggles, hopes, and dreams. It also demonstrates how teachers are helping the students change their lives in a positive way using new science and fresh methods.  In addition, “Paper Tigers” provides insight into how others, such as family members and parents, can help children experiencing the negative impacts of ACEs.

The trailer for “Paper Tigers” can be found here. (http://papertigersmovie.com) The documentary has been screened at the Seattle International Film Festival.

—
Kristine Alarcon graduated at the University of San Francisco with a Bachelors of Science in Biology. She is working towards certification in Sterile Processing and Distribution. She is a Social Media Assistant at Cancer InCytes Magazine.
—
References:
Orenstein, Walker. “Seattle film festival to screen film on Lincoln HS.” Walla Walla Union-Bulletin. Retrieved on May 29, 2015. http://union-bulletin.com/news/2015/may/29/seattle-film-festival-screen-film-lincoln-hs/
“Paper Tigers.” http://papertigersmovie.com
Redford, James. “Paper Tigers.” James Redford. Retrieved on May 29, 2015. http://jamesredford.com/all-films/direction-current-films/aces/
Photo Credit: http://papertigersmovie.com

“Paper Tigers”: A Documentary about Adverse Childhood Experiences was originally published @ Cancer inCYTES Blog and has been syndicated with permission.