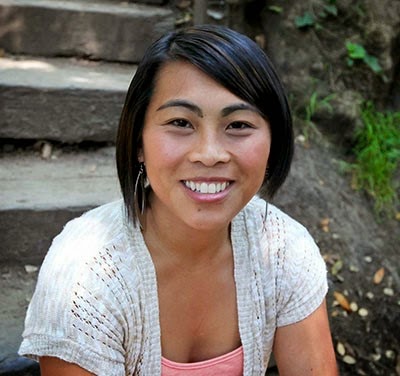 On May 14, 2015, sex slave survivor Minh Dang received the Barbara Boggs Sigmund Award from Womenspace in honor of her efforts to end human trafficking at the Hyatt Regency in Princeton. Dang is passionate about promoting personal and community healing and is a “true love warrior;” she advocates against human trafficking through the telling of her own story of child abuse and sexual slavery. As a child, Dang excelled in academics and sports but was forced into sexual enslavement at the age of 10 up into her sophomore year in college by her own parents.

Recently, Dang was part of the anti-human trafficking initiative Don’t Sell Bodies, founded by actress and activist Jada Pinkett Smith. She also assisted with the creation of the U.S. Senate Caucus to End Human Trafficking with senators Richard Blumenthal and Rob Portman. Through all her efforts, Dang was one of 15 Asian/Pacific Islander women to be recognized at the White House as a Champion of Change.

The Womanspace Barbara Boggs Sigmund Award is given to women, like Minh Dang, who exemplify the qualities of the former mayor of New Jersey Barbara Boggs Sigmund. Sigmund created Womanspace after domestic spousal abuse became a more prominent issue in New Jersey. Womanspace is a nonprofit agency that provides a wide array of services to those impacted by both sexual and domestic violence in an effort to improve the quality of life for women and their families. The agency has expanded its services by creating the first shelter for female victims and their children in Mercer County. Womanspace has a 24 hour hotline: (609) 394-9000.

—
Luis Gay is an undergraduate attending the University of San Francisco, pursuing a Biology degree and Chemistry Minor. He is a Social Media Assistant at Cancer InCytes Magazine.

Photo Credit:
This picture can be found the on UC Berkeley website under the Minh Dang Fellowship for Human Rights [Accessed 23 May 2015] http://publicservice.berkeley.edu/dang