The inheritance of the impact of traumatic stress across generations: A novel biological mechanism in sperm 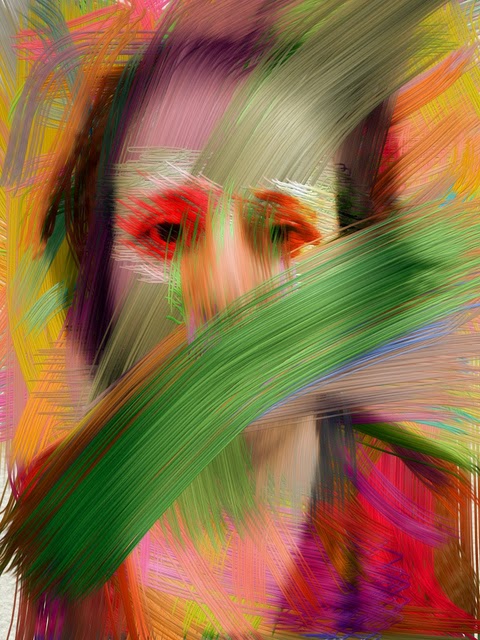 Exposure to traumatic events in childhood or early adolescence can change a person and perturb her life for many years. It can also have an impact on the following progeny and affect a family across several generations. Such inheritance is independent of social and cultural factors, but involves biological processes. Researchers of the University of Zurich and ETH Zurich have now identified a novel mechanism that can explain how the effects of trauma exposure can be transmitted across generations.

It has long been known in psychology that traumatic experiences often lead to behavioural disorders that not only affect the individuals directly exposed but also their children and grand-children. Several psychiatric diseases such as bipolar disorder, borderline personality disorder and schizophrenia are often associated with traumatic or stressful life events and run in families, but can however not be linked to any specific gene or genes (the genetic information carried by the DNA in chromosomes and that identifies each of us). It is only recently that scientists have begun to gain understanding in the biological processes underlying such modes of heredity.
The group of Isabelle Mansuy at the Brain Research Institute of the University of Zurich has been studying the molecular processes involved in non-genetic inheritance of behavioral symptoms induced by traumatic experiences in early life since many years and recently succeeded in identifying a key component of such inheritance: short RNA molecules. These RNAs are synthesized from specific genes and when mature, can control the activity of other genes. All cells in the body as well as body fluids such as blood and cerebrospinal fluid naturally contain many different short RNA molecules called microRNAs. The researchers examined the number and type of microRNAs expressed by adult mice exposed to traumatic stress in early postnatal life and compared them with non-traumatized mice. They discovered that traumatic stress alters the amount of several microRNAs in the blood, brain and sperm of the animal when adult. While some microRNAs were produced in excess, others were lower than in control animals. These alterations resulted in a mysregulation of cellular processes normally controlled by these microRNAs. The traumatic experiences also markedly altered behavioural responses. The animals had depressive-like behaviors, they also partly lost their natural aversion to open and potentially dangerous territories and were socially withdrawn. Their metabolic responses were also impaired. Insulin and blood-sugar levels were lower than in the offspring of non-traumatized parents. The behavioural and metabolic symptoms were also expressed by the offspring of traumatized males, even if it, itself, was not exposed to any traumatic stress. The effects on metabolism and behaviour even persisted into the third generation. These alterations could be reproduced when RNA extracted from the sperm of traumatized males was directly injected into fertilized oocytes from normal non-traumatized females, indicating a causal link between the RNAs and the symptoms.
“With the imbalance in microRNAs in sperm, we have discovered a key factor through which trauma can be passed on,” explains Mansuy. However, certain questions still remain open, such as how the dysregulation in short RNAs is induced. A possibility is that it is part of a chain of events that begins with the body producing too much stress hormones. Importantly, a major question is whether acquired traits other than those induced by traumatic events can also be inherited through similar mechanisms. Because the environment leaves traces on the brain, on organs and on gametes, this is very likely as the traces can be passed to the next generation through gametes.
Mansuy and her team are currently studying the role of short RNAs in the inheritance of the impact of trauma in humans. As they were also able to demonstrate the microRNAs imbalance in the blood of traumatized mice and their offspring, the scientists hope that their results may be useful to develop a blood test for diagnostics.
—
Reference:
Gapp K, Jawaid A, Sarkies P, Bohacek J, Pelczar P, Prados J, Farinelli L, Miska E, Mansuy IM: Implication of sperm RNAs in transgenerational inheritance of the effects of early trauma in mice. Nature Neuroscience, April 7, 2014, DOI: 10.1038/nn.3695
Photo credit: Run Jane Fox via photopin <https://www.flickr.com/photos/runjanefox/9214235312/>

The inheritance of the impact of traumatic stress across generations: A novel biological mechanism in sperm was originally published @ Cancer inCYTES Blog and has been syndicated with permission.