Through-Lines and the Dramaturgical Pattern 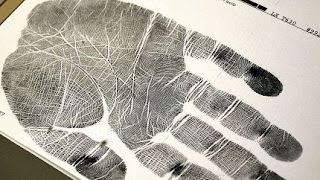 “Dealing with heterogeneous behavior patterns as a single type of behavior does nothing toward elucidating the pattern. And yet the understanding of such full scale patterns in real life is essential for understanding the behavior of persons.”

Everyone has a place on the stage of the World. Everyone is in the game. The stage has props and actors. The game has rules and boundaries.  The players have statuses assigned by themselves and others as they go about their different roles.  Some people are well cast for what they encounter and some are not.  At times people recognize the part they are playing, at times they don’t. How cognizant and well-cast is always a matter of “more or less”.

Although there are reality constraints, how the drama or game unfolds is uncertain. The Actors are agents who play within and against the constraints.

Living one’s life involves improvisation.  There is no “script” except ex post facto, it emerges from the interaction. The Actors might be told what they should be doing, they may have plans, but such direction does not determine what actually happens.  The only certainty is that choices will be made, action will ensue.  Actions will follow from the opportunities and dilemmas that accompany each player’s unfolding circumstances given their individual and changing powers and dispositions.  Since it is improvisation, the actors will change each other as they interact, as their response incorporates the other player’s moves.

The actual “through-lines” are visible only after the play is significantly underway. The game must be afoot. Although the actor knows what she finds significant, the observer-critic must watch and see.

The script is the relevant historical narrative told from varied perspectives after enough events, enough social practices have happened for significant patterns of behavior to be intelligible. The appraisals and competencies that the actor actually brings to the circumstances shape the play.  This is only incidentally related to what the actor claims he intended.  (The road to Hell is paved with good intentions). People are only more or less competent and honest judges of their own powers and dispositions and only have so much to say about the circumstances and outcomes they meet.

What a person finds significant organizes their selection of behavior. Implementation rests on recognized opportunity and competence.  Implementation is the performance. I know what I am doing because I know what I am about. I make choices based on their significance to me. You understand what I am about by observing and thinking about my performances. Performances have achievements and consequences. Notable patterns of significance implemented over time with their corresponding consequences establish what I call “through-lines”.

Through-lines identify not just the organization of patterns of significance but the actor’s power and disposition to use what is achieved for corrective feedback. Through-lines are constituent treads of life’s dramaturgical patterns.

Identifying through-lines is a Critic’s’s task, subject to all the dilemmas of observation, disagreement and negotiation. Notice that as a critic’s task, the identification of through-lines involves an appreciation of the actor’s reckoning with the consequences of implementation.  Implementation, the performance of the intended act, achieves some new state of affairs. Consequences, to the extent known, are part of corrective feedback.

The Observer and the Critic can be the Actor or someone else.

Corrective feedback can be effective or ineffective. Does the actor learn from his mistakes? Are mistakes even recognized? Does the actor have the know-how to do something differently when similar circumstances recur?

The pattern of through-lines intertwined together over the course of life weaves a dramaturgical pattern of unfolding social practices, performances linked by their achieved consequence and significance.  People simultaneously and sequentially live on many fronts as they go about their lives. Some through-lines may appear consistent, while others may not. Some may appear for a time, disappear, later to reemerge. They may end in satisfaction or be abandoned in frustrated disappointment. They may be given up with insight or because of an absence of opportunity for expression. Some may seem to go on forever.

The fundamental coherence of the dramaturgical patterns are that, in some manner, a person’s life makes sense. The choices made are not random or arbitrary but follow from opportunity and the significances that a person’s values, knowledge and competency allow. But people are complicated. Circumstances are complicated. Even knowing a person’s true colors, they still can throw you for a loop. Life’s a drama and  “All the World’s a stage.”

“Through-lines and the Dramaturgical Pattern” will be explored further at The Society for Descriptive Psychology’s Annual Meeting in Golden,  Colorado, October 17-20, 2013.

This story was originally published @http://freedomliberationreaction.blogspot.com and has been syndicated with permission of the author.

The content and legality of syndicated works are the sole responsibility of the person or organization responsible for the syndication agreement. This content does not reflect the views of Social Justice Solutions Inc. and has been posted in accordance with SJS’s terms of service and privacy policy