In defence of universities…under fire from left and right

Universities are under fire from both sides of politics. And I don’t like it.

Not that I think that counts for anything, except to name my bias before I outline the arguments and respond in defence. 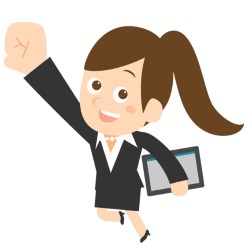 People with my kind of background, particularly women, didn’t go to university when I left school. Not until Gough Whitlam made universities free.

I studied psychology, social theory, feminist theory, philosophy, and media – for three degrees, at three separate universities over twelve years (interspersed by children and paid work). I learned concepts and language that allowed me to express previously half-baked thoughts and unformed questions. The insights of the scholars I studied taught me to express some of the swirl in my head.

It was bliss. Challenging, but enormously exciting and endlessly enriching.

I may therefore be nurturing an idea of education that some would see as naïve, outdated, or both. I do cherish a concept of universities as crucibles for ideas, creative endeavour and critical analysis.

Beyond my own experience, I remember conversations with a young man from Vietnam who was sent to study policy development at university in Australia. His essays were routinely returned to him with comments about the need to be reflective. He didn’t know what that meant or how to achieve it. Being asked to think critically did not fit his concept of education. His experience in Vietnam had not prepared him for this expectation, although it has been taken-for-granted in Australia, at least in the humanities and social sciences.

My Vietnamese friend and I are presumably not the only ones who have been enriched by our university experiences.

The case against universities

The current attack on universities comes from both sides of politics, as noted by  Glenn Withers.

The right argues that universities are doing a poor job of meeting the needs of employers. Students don’t gain work-related skills, except in a few narrow areas. Spending on universities is therefore a waste of public money.

The left argues that universities reproduce inequality under an umbrella of ‘merit’.  Universities merely ‘credentialise’ the pretensions of the elite, propping up their claims to positions of privilege on meritocratic grounds.

The argument from the left is about access and equity, rather than funding, but both arguments can be co-opted by governments intent on saving money and privatising education. Universities, it can be claimed, are a waste of public money and they are unfair.

Here follow the arguments, and my responses to them in defence of universities.

Bryan Caplan, professor of economics, is one of those currently arguing against universities as a waste of public money. He says qualifications are an inefficient tool for employers, and thus provide poor value. His argument goes like this:

Universities are more (and less) than conveyor belts for employers

Employment selection processes that screen people in, or out, on the basis of qualifications, regardless of their relationship to the work, need scrutiny. But, doesn’t the problem lie with the employment system rather than with the universities? Employers might be better off developing their own processes and tests, as Peter Martin suggests. 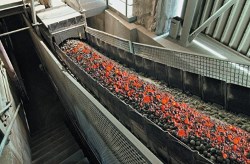 Reducing universities to preselection conveyor belts, and then saying they’re not very good at the job, and might as well have their money taken away, seems like putting the cart before the horse. It involves a distortion of the traditional role of universities, Justin Stover notes, one that’s become normalised within the prevailing political-economic climate.

Universities, Stover argues, are more than fee-for-service corporations and vendors for hawking skills. They are, for example, also research institutions.

“Uni is where I learnt how to learn,” a young woman told me recently. She completed an Arts degree including Japanese, cultural studies, ancient history, and philosophy, but has never worked in related areas. Learning how to learn, however, provided the basis from which she taught herself the drawing and computer skills she now uses in her employment as a digital artist and illustrator. Not a predictable trajectory from university to employment, but that’s part of the point.

Employers must surely carry primary responsibility for developing selection processes that effectively match applicants to jobs, whether university graduates or not. Many employers could start by paying attention to their job descriptions, which are often pretty generic in my observation.

Key selection criteria also frequently begin with terms like “demonstrated ability to…” or “experience with…” and thus assume prior workplace experience. Graduates looking for a first job in their field are likely to be blocked by this requirement.

Implicit in the demand for relevant experience is an assumption that applicants have done their on-the-job training in some other workplace (unless the practical placements included in some courses are counted). Perhaps, in addition to refining their selection processes, employers might need to consider more targeted on-the-job training (by which I don’t mean internships, especially the sort graduates pay to do, but that’s another whole can of worms). 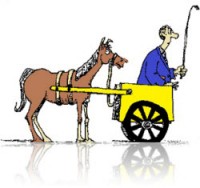 In sum, the onus of responsibility for meeting the needs of employers surely rests with employers. They may form productive partnerships with universities, but universities are both more, and less, than conveyor belts from lecture theatre to hot desk.

Employers may need to consider their selection processes and their on-the-job training provisions. Approaches that extend beyond individual employers, such as this digital portal for matching students and the tech industry, also raise interesting possibilities.

Universities reproduce the meritocracy and hence inequality…say the left

The critique of universities from the left is based on a perception that they promote inequality by propping up an invalid notion of meritocracy.

The idea of the meritocracy, Michael Young argued 60 years ago in 1958, is the most significant fact of modern society. It carries the idea that people rise to the top because of their abilities, rather than because they have money behind them or are ‘well connected’.

The meritocracy has been enabled by Education Acts (implemented in Australia from the 1850s onwards) which made education “free, compulsory and secular”. Assessments within the formal education system divide society into exam-passers and exam-failers.

Exam-passers have an entrée into the meritocracy. Parents therefore expend great effort to get children into the ‘right’ schools and universities, send them to cram-schools and provide extra-curricular tutoring.

The meritocracy has thus inevitably become linked to money. Your life chances increase with the amount of advantage your parents can buy. Private schools “have turned themselves into exam factories” because those with the means have learned the importance of ‘merit’.

The meritocracy is thus a misnomer. Everyone does not have the same chance of success, even if they are prepared to put in lots of hard work. Rather, privilege and money reproduce privilege and money with the education system as vehicle. The mythical ‘meritocracy’ provides a smokescreen for reproducing the status quo in terms of the distribution of wealth and power.

A cursory look at the demographics of those who hold powerful positions in governments, bureaucracies, corporations, universities, churches, and the media demonstrates the point.

The ruling political party in Australia, for example, which staunchly endorses ‘merit’, has almost 80% male Members of Parliament, many of whom attended elite private schools. The opposition, by contrast, has much closer to a 50-50 split, and (in terms of gender equity at least) has jettisoned the notion of the ‘meritocracy’ in favour of a quota system. Party politics aside, it would be difficult to sustain an argument that the current government demonstrates sufficient merit to justify its gender imbalance, or any other demographic imbalance.

Inequality reproduces itself with or without universities

So, the argument goes, if the ‘meritocracy’ is a delusion and universities are enabling the delusion, then universities are problematic. In fact, they’re helping to increase the inequality they’re meant to subvert.

The power elite has always reproduced itself one way or another. The ‘meritocracy’ may have superseded the nobility, and it might sound more legitimate, but if it’s a delusion it negates the claim of fairness. In fact, it promotes unfairness.

Prevailing notions of ‘merit’ need debunking, but this challenge needs to be addressed directly. Defunding universities will not do the job. Inequality would inevitably reinvent itself under some other camouflage.

The ‘meritocracy’ has become a way of masking privilege, and privilege creates an uneven playing field. Take privilege out of the reckoning, and merit might be a legitimate basis for a social reward system. Until that happens, appeals to the ‘meritocracy’ deserve to be treated with suspicion.

Rather than undermining universities, shouldn’t the focus be on exposing and dismantling the links between the myth of ‘meritocracy’ and privilege? 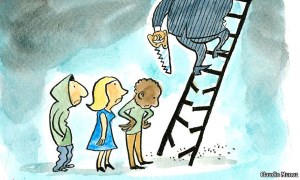 In sum, the argument against universities, from the right, relies on artificially narrowing their role to conveyor belts for employers and then calling them out when there’s a less than perfect fit. The argument from the left rests on a link between universities and a notion of meritocracy that is clearly invalid. Both arguments can (and no doubt will) be co-opted to justify funding cuts.

Neither argument honours the role of universities as centres of learning and research. Neither addresses the real issues of developing efficient employment selection processes or dismantling the pseudo-meritocracy. Cutting funds to universities will not solve these problems. It might save money in the short term but will leave us poorer in other ways.

So, I would argue, we need to pull apart:

All of these issues need serious consideration, each in its own right, and also in relation to the others. Collapsing the second and third into the first, however, is at best a simplistic knee-jerk.

My questions to readers 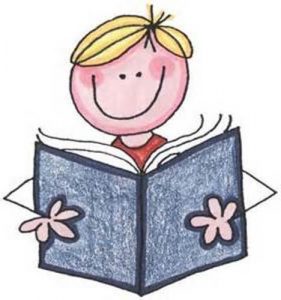 NOTE: If you like this post, you might also be interested in The convenient fiction of ‘merit-based success‘, The writing on the wall for public education and other posts in the  category of power and privilege

In defence of universities…under fire from left and right was originally published @ 2020 Social Justice and has been syndicated with permission.