The new face of veteran homelessness 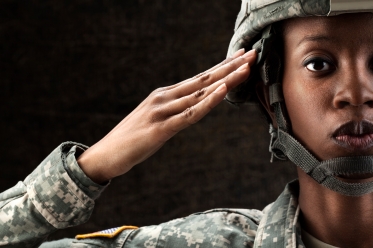 The research into women veterans and homelessness has been almost nonexistent until the last few years.

At the moment, I have a foot in each of two worlds, journalism and social science, as I strive to understand why women veterans are becoming homeless in increasing numbers, and then communicate that to readers.

I have a survey that I’ve finished analyzing, with 400 women veteran respondents from every era, every branch of service, every part of the country, every race and ethnicity, asking them about periods of unstable housing after they left the military. This is originial research, geared to dive into some of the gaps left by the research that has been done so far. Then there’s another, larger, revised and expanded survey that’s also going out to women veterans, and I await those results. In the meantime, I’ve been doing some cross-country traveling and interviewing women veterans who have subject matter expertise in homelessness and frequently advocacy as well, to tell me about their experiences. (The surveys also ask and receive this feedback in quantity. In the original survey, of the 400 respondents, 375 provided comments about their experiences.

These comments have been keyed to a map of the U.S. in Tableau Public, so that readers can follow along with what women veterans had to say in a data visualization. There’s also a website of state-by-state

resources for women veterans, to help them avert homelessness. This website is a first of its kind, because while VA had planned to do something like this, it hasn’t produced such a site.

As the result of a Howard G. Buffett inaugural grant from the International Women’s Media Foundation to produce a multimedia reporting project around this subject, I’ve published a three-part series called “Coming Out of the Shadows: Women Veterans and Homelessness,” on Huffington Post. The first installment is “GI Jane Needs a Place to Sleep.” The second article — “Into the Gap: Women Veterans Describe Homelessness” — is a deeper dive into the results of the first survey, which have been tabulated. In between the second and third parts, there’s bonus material: “Camaraderie Offsets Trauma for Women Veterans” about military sexual trauma, and rapport with fellow women veterans. “The Path Home for Women Veterans” concludes the series.

There is also an interactive timeline of how we got to this point, a radio show/podcast including Brigitte McCoy, Rosie Palfy and me talking about female veteran homelessness, and a data visualization showing the comments of 400 women veterans describing their experiences of unstable housing after military service. If you’re a woman and a U.S. military veteran, no longer on active duty, there’s a link to a short, five-minute, IRB-approved survey to take — while it stays open — about housing issues after military service.

Last year I was able to present findings from this research in four different venues, whether veteran-oriented (advocacy) or academic (social science research). The next challenge will be publishing the findings in an academic journal, so future researchers can follow this paper trail as well.

A future survey may take a look at ACEs involvement with housing instability among veterans.

The new face of veteran homelessness was originally published @ ACEs Too High and has been syndicated with permission.